Cavaliers vs. Hornets Game Recap: Love Comes Through in the Clutch 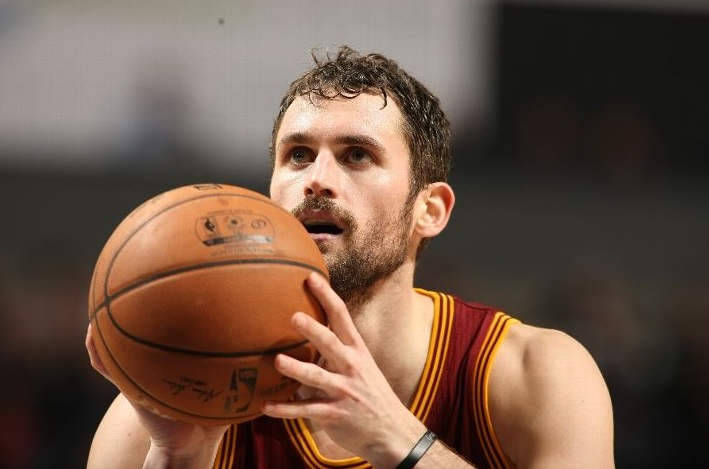 Love’s shot came with the Cavs holding a slim three-point lead and just before the 24-second shot clock expired to make it 88-83. Charlotte’s Gerald Henderson followed with a dunk at the 15.3 second mark, but Kyrie Irving connected on a pair of free throws with 10.8 seconds left.

Charlotte then missed on a pair of three-point attempts, but Marvin Williams was fouled with three seconds to play and converted both to make it 90-87. Irving then split a pair of charity tosses to clinch the game.

Love, who led all scorers with 27 points, had missed Wednesday night’s loss against the Milwaukee Bucks due to back spasms suffered in the previous night’s game. He discussed his key basket after the game, saying,

“Our coach drew it up. He wanted me to move up off the screen and put it up.”

Love and Irving combined for 50 points, while Tristan Thompson collected another double-double with 14 points and 14 rebounds.

Dion Waiters added 17 on the scoring side.

“We got a lot of good shots. I think we mixed pace with patience.”

Playing without LeBron James, but welcoming back Love and Shawn Marion, the Cavaliers had held two brief leads midway through the first quarter before finally breaking through in the third. That surge was aided by the team’s 55 percent shooting from the field in the quarter, while holding the Hornets to just 35 percent in that category.

That 24-9 third quarter run served as the turning point of the game. A fast start after the halftime break by the Cavaliers, marked by the long-range shooting of Love, gave them back the lead. Charlotte led 48-42, but after Love’s trio of threes in just over a minute, the Cavs suddenly had a 51-50 lead with 9:15 left in the stanza.

Just prior to that, Cavaliers fans had their hearts in their collective throats when Love went down briefly holding his knee. Blatt spoke for all of them when he said in postgame comments,

“Every time anyone falls down or bends over to tie their shoes, I get nervous.”

Irving and Thompson built on the lead to give Cleveland a 58-52 advantage with 7:12 to go in the third. After two five-point leads, Dion Waiters challenged the Hornets defense and won three straight times by driving to the basket on layups to give the Cavaliers a 66-57 lead at the 3:30 mark.

Waiters would add another layup that made it 68-60 with just over two minutes remaining in the quarter, Charlotte would twice chip the lead to six, but Thompson’s dunk with 9.2 seconds left in quarter number three made it 72-64 when the buzzer sounded.

Beginning the fourth in the same fashion, Thompson’s dunk gave Cleveland its first double-digit lead. The Hornets would get no closer than seven when an Irving jumper followed by a long pass to Love this time gave the Cavaliers an 82-71 lead with 7:42 left in the game.

Down the stretch were a number of key plays that went in Cleveland’s favor. With 2:40 to play and the Cavs leading by five at 84-79, Matthew Dellavedova drove for a layup and missed, but was able to slap the ball back out to Irving. With Cleveland getting three more attempts to add to their lead, Irving finally converted a pair of free throw attempts for a seven-point advantage.

Then, clinging to a three-point lead with under a minute left, Gerald Henderson’s three-point attempt from the right corner missed, setting the stage for Love’s clutch jumper.

In the opening quarter, both teams sought to find an opening, trading leads and being tied on four occasions. With less than two minutes gone, Cleveland trailed 5-2, but scored nine of the next 11 points to make it an 11-7 game with just under seven minutes to go before the end of the quarter.

Cleveland answered with eight unanswered points, but Gary Neal drilled a three with 18.4 to go before intermission to make it 46-40 at the break.

After the game, Waiters said,

Blatt also said, “What I liked was that we competed, that we played intelligently and we were able to hold onto a lead.”

The Cavaliers return home for a Sunday afternoon game against the Dallas Mavericks. The 1 pm ET game will be the first of a back-to-back that will also see the Cavs travel to Philadelphia to face the 76ers on Monday night.

Regarding the Dallas game, Irving said the key will be the beginning of the contest. “We’ve got to come out with a defensive mindset. We need to make a statement early.”