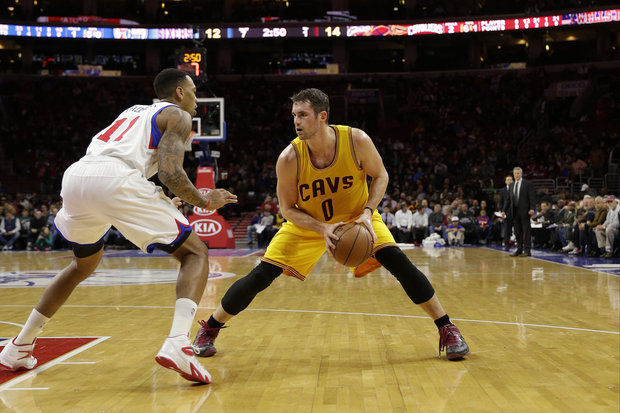 After sitting out Friday night’s victory over the Los Angeles Clippers due to back spasms, Cleveland Cavaliers power forward Kevin Love is expected to play in tonight’s home game against the Chicago Bulls, according to the Cleveland Plain Dealer.

When asked by reporters during morning shootaround whether he would be able play or not, Love said, “With how I felt yesterday in practice and then how I responded, I believe so.” He added, “It’s just weird. I don’t know what causes it, but when it does happen, it’s pretty paralyzing.”

Love played 37 minutes in Thursday night’s win over the Los Angeles Lakers, but left the game after drawing a charging call late in the game.

Not seeing action last Friday marked the second game that Love had missed this season due to the back issue. On December 31, he sat out the loss to the Milwaukee Bucks after he left the game in Atlanta the previous night when his back tightened.

In the 39 games that Love has played thus far, he’s averaging 17.7 points per game and 10.3 rebounds a contest. Those numbers have led him to collect 22 double-doubles on the year.

Still, critics have debated about whether his presence in the lineup has worked, with some even speculating about how he should be dealt to the Phoenix Suns.