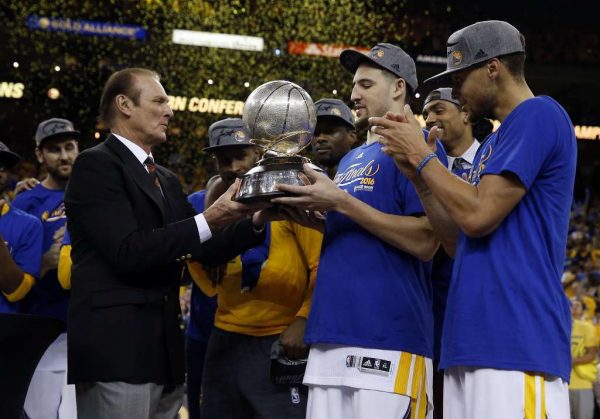 The criticism that Cleveland Cavaliers forward LeBron James received for his pass to Kyle Korver in the final minute of Game 3 against the Golden State Warriors, instead of taking the shot himself, was the source of a heated dispute between Golden State Warriors legend Rick Barry and Fox Sports Radio host Rob Parker on Saturday. The dispute over James’ decision became volatile enough that the Barry’s call abruptly came to an end, soon after he referred to Parker as “a loser.”

Barry, who was the main component of the Warriors’ 1975 NBA title was explaining the thinking behind James’ decision and took issue with Parker’s criticism of James:

Parker’s co-host Mark Willard praised Barry’s comments, which then led to the escalating and angry debate between Parker and Barry:

Barry: “No you gotta stop because you don’t know the game and you should be ashamed of yourself.”

Parker: “No, no, no, I’ve been covering basketball forever.”

Barry: “I don’t care how long you’ve been covering it, you didn’t play the game and if you make that comment, you don’t know the game.”

Barry: “No, I know radio, I’ve done radio for years. I have more experience in broadcasting than you have.”

Barry: “Oh yeah, that’s exactly right, because you didn’t play the game, that’s your excuse and you’re going to wail about the fact that I bring that up.”

That then led to Willard trying to calm the situation.

Both during and after Barry’s Hall of Fame basketball career, he served as an NBA broadcaster for both CBS and TNT and first became part of the NBA more than 50 years ago.