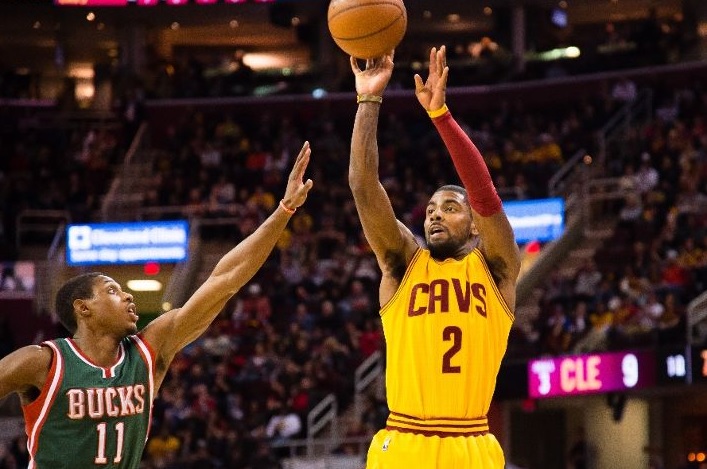 The team’s third straight defeat, as well as its fourth loss in the last five games, dropped the team’s season record to 18-14. It came with James sitting out his second consecutive contest with a sore knee, Love still suffering from back spasms and Marion again missing due to a sprained ankle.

The end result was a depleted lineup that had the trio of Mike Miller, Matthew Dellavedova and Brendan Haywood taking the place of the injured starters.

Milwaukee had led by as many as 17 during the second quarter before Cleveland chopped the deficit down to just five at the half to trail 52-47. However, the Cavaliers went ice cold once play resumed, missing 16 of their 19 field goal attempts in the third, accounting for just seven points in the quarter.

Meanwhile, the Bucks again started fast with six straight points in the first few minutes of the third, then added seven more before the second Cleveland basket.

Four of the Cavs’ points came on layups from Dion Waiters and Tristan Thompson, while Irving’s three with 2:05 to play made it 71-54 Milwaukee. No further scoring by either team for the rest of the quarter put the Cavaliers in a huge hole they couldn’t overcome.

The Bucks would bump the lead up to 22 on two occasions in the fourth, with Cleveland managing to cut that in half at 82-71 following a James Jones three with 4:51 remaining.

With just over four minutes left, Miller then missed a three-point attempt that would have cut the margin to eight. That effectively ended the furious rally and saddled the Cavaliers with their 14th loss of the year.

“We didn’t play as well as we did last night,” said Cavaliers head coach David Blatt, who added, “We expended a lot of energy last night. We just had less in the tank.”

At the outset, the Bucks had tallied the first seven points of the game, but the Cavs matched that on a three from Miller and a pair of baskets from Thompson.

Over the next five minutes, the teams traded leads and shared three more deadlocks. The last of those ties came on a layup by Waiters with 4:16 to go in the quarter to make it 15 all.

For the rest of the quarter, Milwaukee took control of the game with a 16-3 run. During that surge, the Bucks connected on four of the seven three-pointers they hit during the stanza. The last came on O.J. Mayo’s bomb with 0.9 seconds to play that made it 31-18 after the opening 12 minutes.

Blatt noted the flurry of threes in postgame comments, saying, “It wasn’t a bad defensive performance (allowing 96 points), but we got hurt by threes in the first quarter.”

Over the first six minutes of the second quarter, Milwaukee was able to maintain a double-digit advantage. Over the last two minutes of that stretch, the Bucks threatened to blow the game open, again running off seven straight points for a 44-27 lead.

Following a timeout, Cleveland battled back with 16 unanswered points to trail by just one at 44-43 with 2:03 left before intermission. Leading that push were a pair of threes from Dellavedova and a pair of jump hooks from Haywood.

Milwaukee ran off eight of the next nine points, with Brandon Knight accounting for six of those to make it 52-45. In the waning seconds, Dellavedova drew a foul and hit both attempts to make the halftime score 52-47 in favor of the Bucks.

The Cavs shot just 34 percent from the field for the game, with the team’s leading scorer, Kyrie Irving finishing with 25 points on just nine of his 23 shots, including only one of seven from three-point land.

After the game, Irving said, “Collectively as a group, we have to figure this out and err on the side of aggression.”

Thompson achieved a double-double with 10 points and 13 rebounds, while Milwaukee’s Knight led all scorers with 26 points.

“We took good care of the basketball, but we missed some good shots,” said Blatt, who added, “No excuses, we have to play, we have to compete to win.”

The Cavaliers take the court for the first time in 2015 on Friday night when they face the Charlotte Hornets in a 7 pm ET tipoff. They return home for a Sunday afternoon matchup against the Dallas Mavericks, then head to the City of Brotherly Love the following night for a contest with the woeful Philadelphia 76ers.