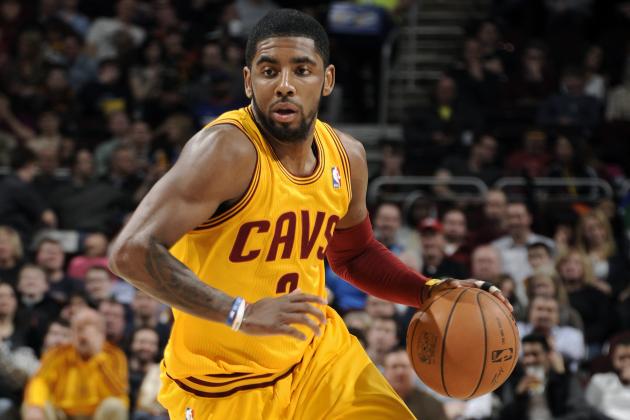 After missing Monday night’s game against the Philadelphia 76ers, Cleveland Cavaliers point guard Kyrie Irving is expected to return to the starting lineup for Wednesday night’s clash against the Houston Rockets, according to the Cleveland Plain Dealer.

Irving sat out the 95-92 loss to the 76ers due to a sore lower back injury that he sustained during last Friday’s win against the Charlotte Hornets. While he finished that game, including hitting a pair of clinching free throws, he was forced to sit the subsequent game against the Dallas Mavericks on Sunday afternoon.

Late last month, Irving sat out two games with a knee bruise. Prior to this season, Irving sustained a number of much more serious injuries, but has not had any major issues this year.

The Cavaliers are not expecting LeBron James back for at least another week, but it’s possible that one of their new additions, J.R. Smith, will be able to dress for Wednesday night’s game.

Smith and Iman Shumpert, who were obtained from the New York Knicks in a three-team deal for Dion Waiters on Monday night, attended the morning shootaround, but must wait until all players involved in the deal have been given physicals.

Shumpert definitely won’t dress for the game, since he is in the final stages of recovering from a dislocated shoulder that’s kept him out of action for the past three weeks.