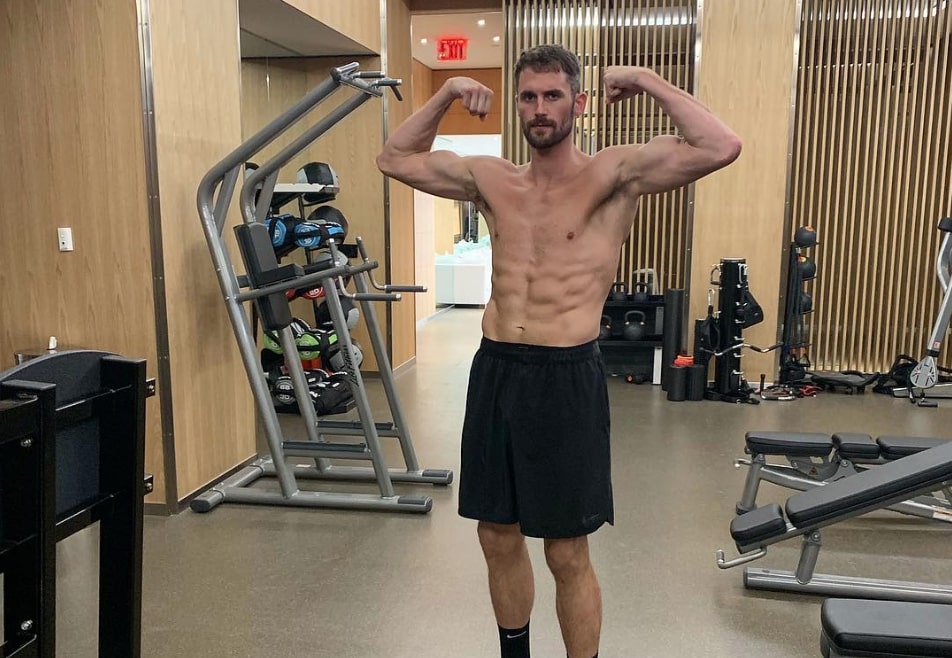 Despite the fact that Cleveland Cavaliers power forward Kevin Love is no longer teammates with Richard Jefferson or Channing Frye, he’s still paying attention to their social media posts.

On Sunday, Love went on social media himself to offer an amusing update on his own offseason physical fitness.

Sunday Morning ?? “Bro, get in the gym and stop posting vacation photos” @richardajefferson @channingfrye and all other keyboard warriors. ? Two things— 1. I can’t pose so this is the best flex I got at the moment 2. Going to start building back up but if you need to get your diet/foods right nows the time to ask. I got you!!

More recently, Love has posted vacation photos from his trips with his girlfriend Kate Bock, with Jefferson offering his own humorous take about his seemingly lack of physical training. In Frye’s case, he suggested that the Portland Trail Blazers should make a trade for Love.

Right now, Love is simply hoping to remain healthy after having last season’s effort wrecked by an injury that limited him to just 22 games. He’s also looking to show that he’s worthy of the four-year, $120 million contract extension that begins at the start of the 2019-20 season.

When Love was healthy, he showed that he still had the potential to deliver a double-double in each game by finishing with averages of 17.0 points and 10.9 rebounds per game last season. In addition, he dished out 2.2 assists per game, his highest average in that category since his second season with the Cavaliers in 2015-16.

As retired NBA players with plenty of free time on their hands, Jefferson and Frye will no doubt respond at some point to Love’s comments. Their aim seems likely to focus on Love’s amusing effort to flex his muscles.