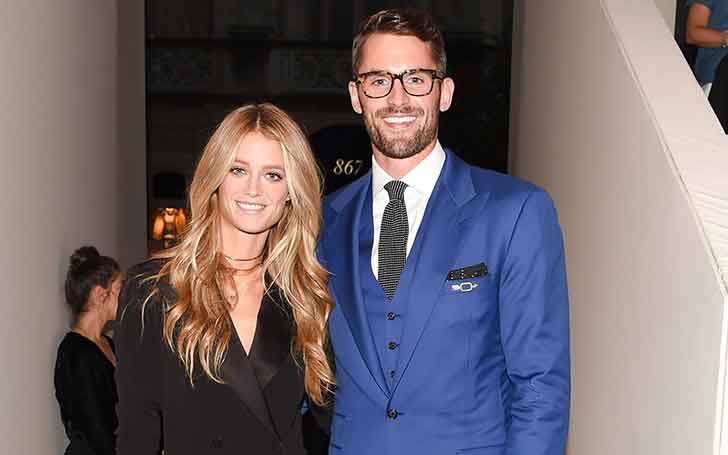 It has been quite the summer for Kevin Love and his girlfriend, Kate Bock.

The lovebirds have not ceased posting photos of their adventures around the world on social media. While other players appear to be quite envious of the Cleveland Cavaliers forward’s escapades, a former teammate is more enamored by the sight of Love’s swimsuit model girlfriend.

Richard Jefferson responded to one of Love’s Instagram posts, saying that he would rather see photos of Bock than anything else.

Natural hot + cold contrast bath (hot spring and glacial river). Keeping the main thing the main thing away from home. Recovery is ?. Big thanks to @bradleyfriesen for the crazy trip, we will be back ????. Also shout out to the 2 retired ?’s @richardajefferson & @channingfrye …the 2nd pic is from @katebock —different flex than I’m used to but ?????? 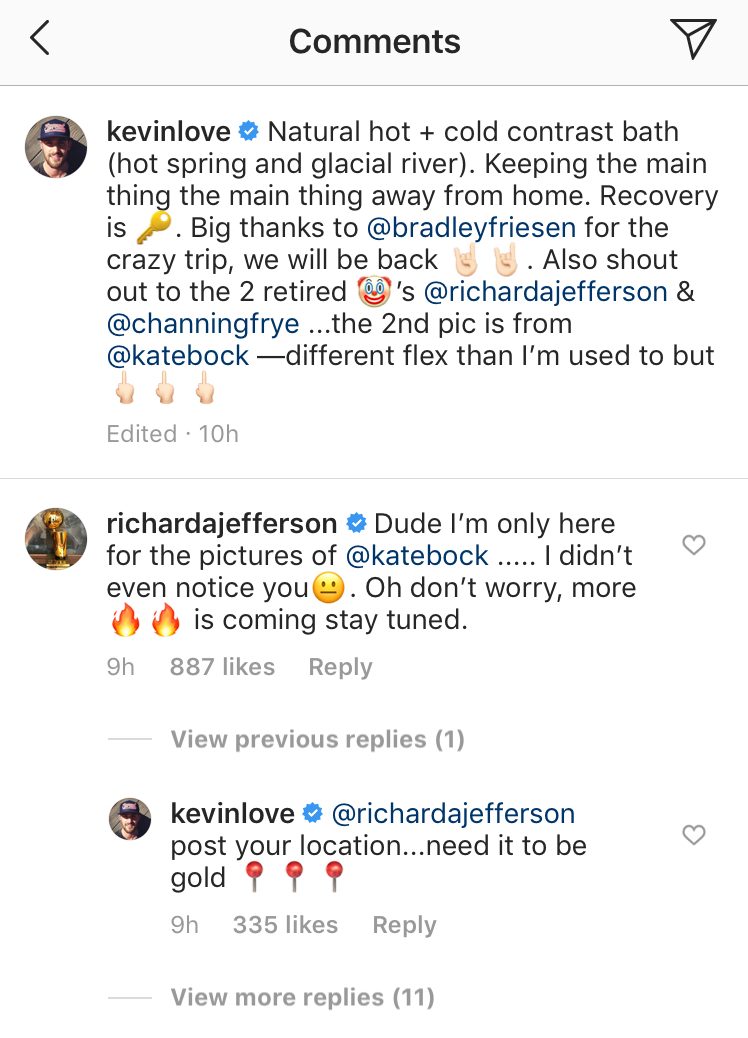 Love and Bock have been traveling to different locations since April. The Cavaliers missed the playoffs this past season, but it doesn’t look like Love misses playing basketball one bit. After making the Finals the past four years, Love deserves some much-needed rest and relaxation this year.