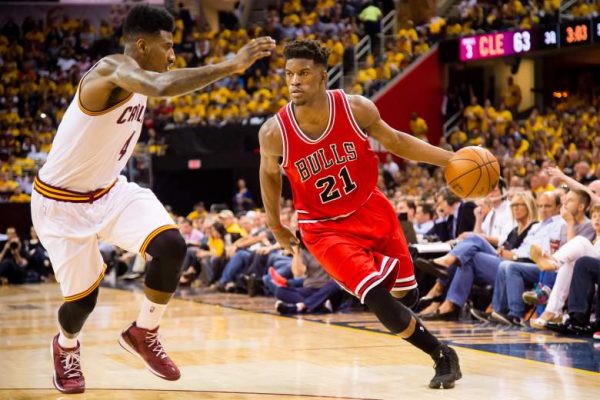 The news that former Cleveland Cavaliers general manager David Griffin was working on the possible acquisition of Jimmy Butler from the Chicago Bulls just prior to the end of his tenure is information that apparently would have made the small forward happy. That’s because Butler himself has reportedly spoken to both LeBron James and Kyrie Irving, with both sides eager to make a deal happen.

Joe Cowley of the Chicago Sun-Times noted that Butler was even making an effort to let Bulls general manager Gar Forman and the team’s director of basketball operations John Paxson know of his change of heart with regard to a deal. Over the past year, Butler’s name has been mentioned in a series of possible trades, even though he had previously insisted that he wanted to remain with Chicago.

Offering a simple reason for Butler’s apparent change of heart:

“Jimmy wants to win, period,’’ a source said. “Whatever it takes to get that done.’’

Any deal would likely involve a third team, since the Cavaliers have no draft picks to offer what would likely become a rebuilding Bulls team. Some of the teams that have been mentioned in regard to that third team include the Phoenix Suns and Los Angeles Lakers. In any case, the Cavs are prepared to offer All-Star power forward Kevin Love as part of the deal should a third team get involved, according to Marc Stein of ESPN.

Of course, with Griffin no longer in charge, exactly who would be crafting such a deal for the Cavaliers is now open to question.