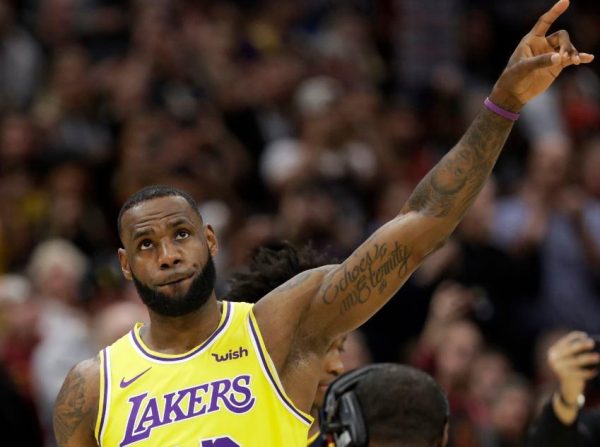 LeBron James’ return to Northeast Ohio to play against the Cleveland Cavaliers on Wednesday night was an emotional experience for everyone inside Quicken Loans Area. Following the game, James issued a heartfelt message to the city of Cleveland and the people who call it home.

Home Sweet Home! Thankful for the 11 years spent with you fans! ?? #thekidfromAKRON?

A few minutes later, everyone in the arena got to watch an incredible tribute video that thanked the four-time MVP for all he did on and off the court during his time in Cleveland.

While James is now a member of the Los Angeles Lakers, it is clear that much of his heart and much of his identity as a player remain in Cleveland.

While there is no telling what the future holds, it would undoubtedly be a delight to see James return to play for the Cavs once his current contract with the Lakers comes to an end. It seems quite unlikely, but it would be pretty special to watch him ride off into the sunset wearing the Wine and Gold.