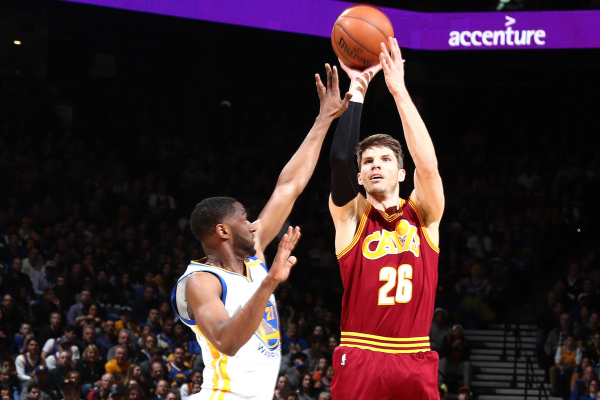 The Cleveland Cavaliers have retained one of their most coveted acquisitions from last season as it was reported by Shams Charania of The Vertical that sharpshooter Kyle Korver has agreed to a three-year, $22 million deal with the Cavs. The first two years are guaranteed with a partial guarantee in the third year.

Free agent Kyle Korver has agreed to a three-year, $22M deal with the Cleveland Cavaliers, league sources tell The Vertical.

Korver was said to be one of the Cleveland’s biggest targets in free agency and for good reason.

The shooting guard averaged 10.7 points on 48.7 percent shooting from the field and 48.5 percent from deep last season in 35 games played.