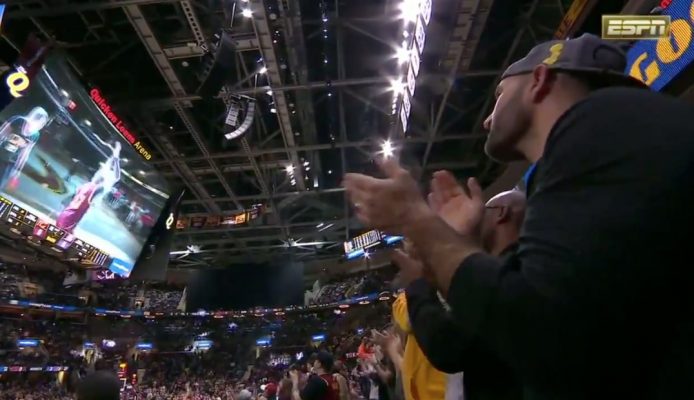 LeBron James was welcomed with more than just a standing ovation on Wednesday night.

During the matchup between the Cleveland Cavaliers and Los Angeles Lakers, the Cavs unveiled an incredible tribute video dedicated to the four-time MVP.

The @cavs paid tribute to @KingJames and all that he's done for The Land. pic.twitter.com/1Han6Ta3kV

The video honored not only what James did on the court, which included bringing a championship to Cleveland, but also honored what James did off of it. It was a mixture of highlight dunks, heartfelt moments, and more.

In 2010, when James returned to Cleveland as a member of the Miami Heat, Quicken Loans Arena was filled with anger and hate. Tonight, it is clear that Cavs fans feel nothing but love towards the hometown hero.

At the end of the first quarter, the Cavs were up on the Lakers, 28-24. It will be interesting to see if they can hold onto the lead, or if James will be able to will his team to win, just like he did so many times when he was wearing the Wine and Gold.