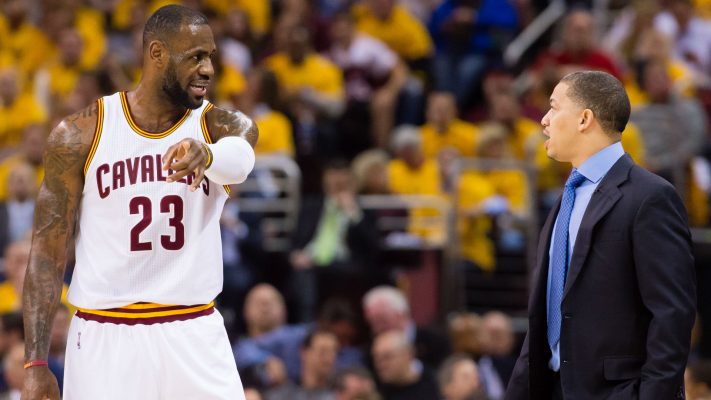 The Cleveland Cavaliers suffered a 104-89 defeat on Thursday night at the hands of the Golden State Warriors in Game 1 of the NBA Finals.

As a result, Cavs head coach Tyronn Lue wants to change up the game plan heading into Sunday night’s matchup.

More specifically, he wants LeBron James and the Cavs to “play faster.”

Coach Lue may be right.

In Game 1, Cleveland’s offense looked stagnant, out of sync, and it even resulted in two shot-clock violations, courtesy of the Warriors defense.

“[The Warriors] make you stagnant and make you play one-on-one basketball because that’s all you can get,” Lue said. “So if we pick up the pace and play with a faster tempo offensively, I think we’ll be fine.”

According to Windhorst, after a long film session Friday, James and company seem to understand the game plan going into Game 2 in Oakland.

“Coach has given us a game plan, and we need to execute it. If coach feels like we need to play faster, then we do. We’ve got to push the tempo a little bit more offensively, see if we can get down, get some easy baskets and get to the flow of our game. It’s been a good thing for us throughout the whole season once Coach Lue took over, so we need to do that,” said James.

History says that James and the Cavs will emerge victorious on Sunday night as a James-led team has won nine straight Game 2’s when trailing 0-1 in a series.