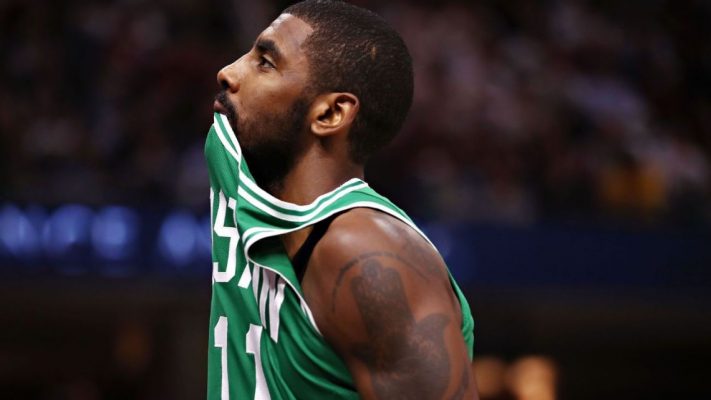 Back when Kyrie Irving demanded a trade from the Cleveland Cavaliers in the summer of 2017, he claimed that the main reason he wanted that trade was so that he could get the opportunity to lead his own team.

Well, following a disappointing loss at the hands of the Portland Trail Blazers over the weekend, the Boston Celtics star proved that he still does not possess what it takes to lead a contender.

Irving scored 21 points on 9-of-24 shooting from the field and 3-of-10 shooting from 3-point range in a 100-94 loss on Sunday night. Following the game, instead of leading the 7-6 Celtics with words of support and confidence, Irving responded with dejection and looked to both skirt the blame and point fingers.

Kyrie: “We’re not as good as we think we are. That’s what it comes down to.”

Kyrie: "Right now I think it would be nice if we had someone that was a 15-year vet, a 14-year vet that could kind of help us race along the regular season and understand it’s a long marathon rather than just a full-on sprint."

Irving is asking for a 15-year veteran to help lead his current squad as if he is not an experienced veteran himself. In his seventh year as an NBA pro, if Irving is not ready to put a team’s success and failures on his shoulders now, chances are that he will never possess the emotional maturity to do so.

It is also interesting to note that his comments certainly disrespect 21-year veteran and All-Star big man Al Horford. Whether or not Irving purposefully disrespected his teammate is unclear. What does seem clear is that the problems that Irving dealt with in Cleveland, such as immaturity and an inability to connect with teammates, have followed him to Boston.

The Celtics roster this year seems simply too talented to not be able to turn it around after a rocky start to the 2018-19 season. Based on his words, though, Irving still isn’t ready to lead them.