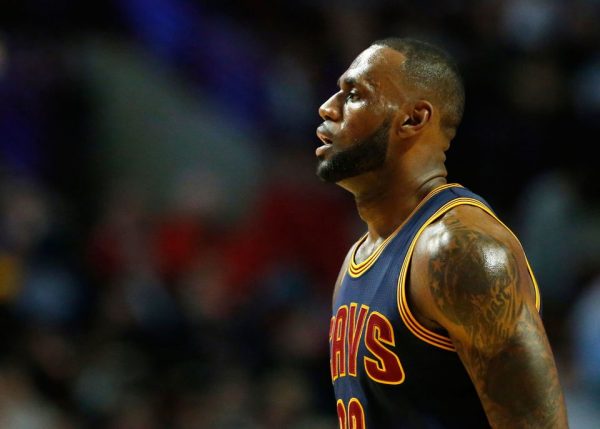 (Chicago, IL) – A defensive slump during the third quarter by the Cleveland Cavaliers proved to be costly as they dropped their third consecutive game with a 99-93 loss to the Chicago Bulls at United Center on Thursday night.

After holding the Bulls in check for most of the first half, they hit on 60 percent of their shots during the third quarter and outscored Cleveland, 37-21. That gave them a 78-71 lead entering the final quarter, with the bulk of that surge coming in the final 4:13 of the period, when they closed on an 18-5 run.

Despite a number of attempts to reduce the margin during those final 12 minutes, outside shooting struggles by the Cavs couldn’t forge a comeback. Cleveland did have a chance to make it a one-possession game with a minute to play, but a LeBron James three-point miss was instead converted into a pair of Chicago free throws, which effectively ended the game.

Reaching yet another milestone during the game, James moved into seventh place among career scorers in NBA history, passing former teammate Shaquille O’Neal. The man now ahead of James, Dirk Nowitzki is still active and roughly 1,600 points ahead of him.

James was frustrated after the game, not even bothering with his postgame icing treatment. Prior to abruptly leaving, he offered a brief, but blunt comment:

Prior to the loss, Cleveland head coach Tyronn Lue acknowledged the current struggles, but was more confident about the upcoming postseason.

“We’ve been going through some ups and downs as of late, but we’re still confident we’re the best team right now and we just gotta start playing like that,” Lue said.

Cleveland was without the services of both Richard Jefferson and Kyle Korver during the game. Jefferson sat out because of tendinitis in his left knee and Korver again missed a contest because of a sore left foot,

The Cavaliers return home for a game on Friday against the Philadelphia 76ers that will tip off just after 7:30 p.m. That will be the start of a three-game homestand that will also include games on Sunday night against Indiana and Tuesday night versus Orlando