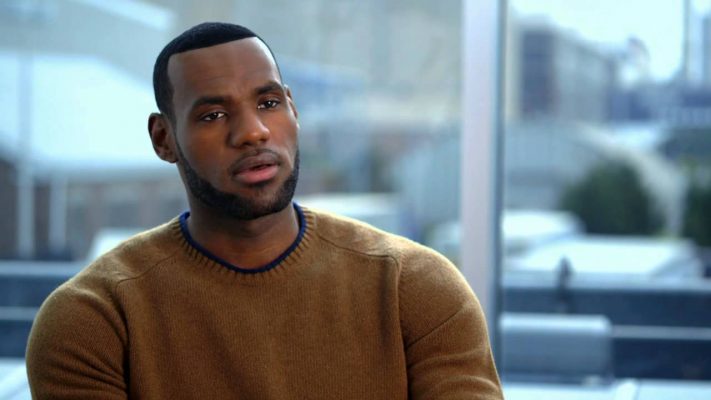 After helping the Cleveland Cavaliers capture their first championship ever, LeBron James is setting his eyes on even bigger things.

The four-time MVP is potentially making a movie with actor Mark Wahlberg.

Wahlberg, 45, went on “The Tonight Show” Tuesday night to promote his movie “Deepwater Horizon,” which comes out in September. In the process of talking on the show, Wahlberg dropped some potential hints about he and James possibly making a movie together.

The dynamic between the two stars would be interesting. Surely, if James were to take a vast role in the movie some basketball-related scenarios would have to be introduced, and that’s exactly what Wahlberg pointed to when describing the potential plot.

“These guys get to go to one of these fantasy camps,” Wahlberg said, talking about a camp where kids learn basketball from James. “And me and LeBron have a situation.”

If James were to go through with the film, it wouldn’t be his first rendevous. The 31-year-old took part in the romantic comedy “Trainwreck” last year alongside Amy Schumer, Bill Hader and John Cena.

Although it was James’ first real gig in a movie, the Cavs icon did a great job. The New Yorker wrote about how James’ role in the movie was “the greatest movie performance by an active professional basketball player” and several other critics cited their impressiveness with the NBA superstar.

This will definitely be something interesting to keep an eye on as the Cavs get ready to protect their title this upcoming season. Training camp starts next week.