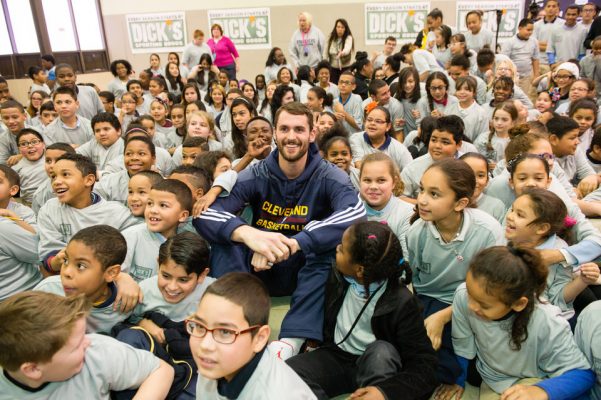 Cleveland Cavaliers star big man Kevin Love has become the face of mental health awareness not only in the NBA, but perhaps in the entire world of sports.

He has proven to be an incredibly brave voice for professional athletes dealing with anxiety and other mental illnesses. It now seems he is turning his focus to help those who aren’t lucky enough to play professional basketball, but struggle with mental illness just the same.

In a recent interview with ESPN’s Jackie MacMullan, Love revealed his intention to start a foundation focused on helping youth struggling with mental illness.

“Love says he’s in the process of establishing a foundation centered on mental health with an emphasis on helping young boys,” MacMullen wrote. “He is drawn to others who have struggled with mental health and recently watched a documentary on comedian Robin Williams, who killed himself in 2014. Love was devastated by the recent death of celebrity chef Anthony Bourdain and was in the process of pitching a basketball show to The Players’ Tribune based on Bourdain’s format of ‘Parts Unknown.'”

Love suffered an anxiety attack during the Cavs’ Nov. 5 loss to the Atlanta Hawks and since then has been very open about his struggles with anxiety. It seems clear that he is committed to doing his part to help others cope with the same ailments.

This offseason, several NBA players have proven just how impactful they can be in their community.

Earlier this summer, Love’s former teammate LeBron James helped open a brand new school for at-risk youth in Akron, Ohio. It now seems like Love will be carrying the torch of community outreach as well.