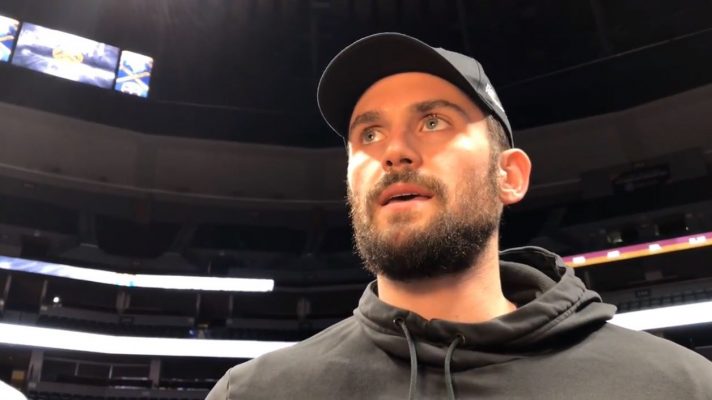 On Tuesday, Cleveland Cavaliers forward Kevin Love offered some riveting insight into his personal life, including a reference to a panic attack he suffered during the team’s Nov. 5 home loss to the Atlanta Hawks. Love’s comments were part of an article in the Players’ Tribune, which cited the need for greater awareness and support of mental health concerns.

Cleveland.com posted video from the Cavaliers’ shootaround in Denver on Wednesday, where Love was asked about the groundswell of support he received in the wake of the article. In addition, he again noted that the impetus for writing the article was DeMar DeRozan of Toronto Raptors. DeRozan indicated that he has dealt with the issue of depression.

Love is currently rehabilitating from a broken hand he suffered in the Cavaliers’ Jan. 30 game at Detroit. Barring any unforeseen issues, he’s likely to return to action by the end of March.