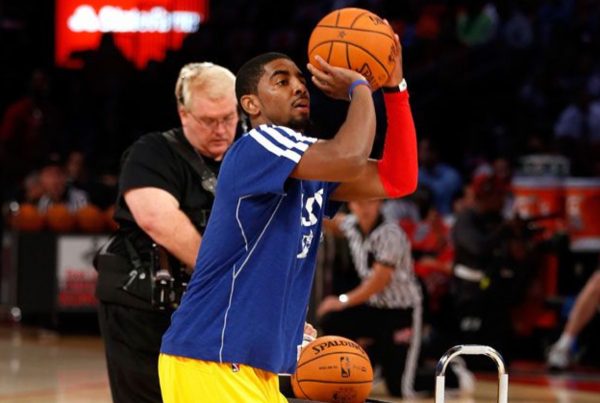 The NBA officially announced the contest’s participants on Thursday as Irving will be joined by seven other long-range snipers including Eric Gordon of the Houston Rockets, Kyle Lowry of the Toronto Raptors, Wesley Matthews of the Dallas Mavericks, C.J. McCollum of the Portland Trail Blazers, Klay Thompson of the Golden State Warriors, Kemba Walker of the Charlotte Hornets, and Nick Young of the Los Angeles Lakers.

Irving is shooting a blistering 39.5 percent from three-point range this season and is sinking a career-high 2.4 3-pointers per game with his most heralded trey coming in last year’s NBA Finals against Thompson’s Warriors.

The contest will be held at 8 p.m. ET on Saturday, Feb. 18 at Smoothie King Center and will be nationally televised on TNT.