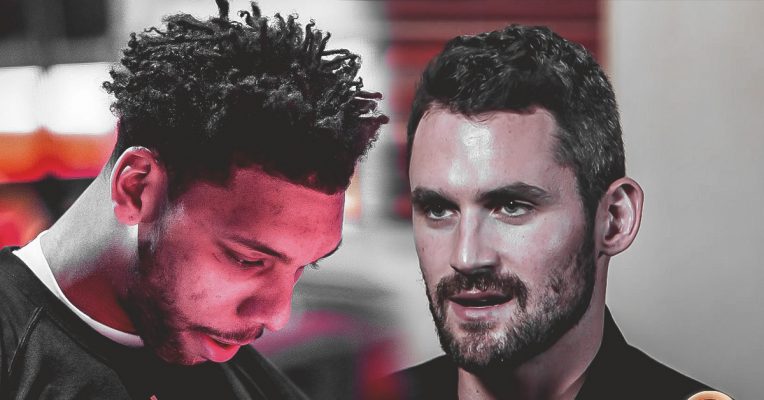 The short NBA career of Jahlil Okafor has thus far seen countless struggles and setbacks over the past three years. That wasn’t the expectation after having been the third overall pick in the 2015 NBA Draft, but he now indicates that his problems have been partly connected to mental health issues. That didn’t become apparent to him until Cleveland Cavaliers power forward Kevin Love openly discussed similar issues back in March.

In the midst of getting prepared to play for the New Orleans Pelicans this season, Okafor took to Instagram to update his followers and thank Love for his inspiring message:

My summer of transformation: First off I want to thank @idanwan & @dzandertraining for getting after it with me the moment my season ended. Grateful to have two of the best in their respective fields work with me all summer. Although the physical changes in this photo are evident, their has been extreme growth unbenounced to the eye. I’ve learned how to identify and manage different stressors such as anxiety. Learning how to identify certain stressors has also allowed me to over come them. Often times because of my size and profession people may view me in a certain way, but in reality I deal with the same struggles as countless others. Mental health awareness is a cause I will fight for the rest of my life and if you’re struggling today don’t be afraid to speak with someone and seek help. I would like to thank @kevinlove and the @playerstribune for helping me identify my feelings and informing me what I was dealing with was in fact normal. 6 weeks left in the off season; with a lot more work to do!

Among the responses to that social media statement by Okafor was one from Love himself:

Okafor had been originally drafted by the Philadelphia 76ers, but during his rookie season, he was involved in multiple off-the-court altercations. That season came to an end a month before the regular season ended because of a torn meniscus in his right knee. During his 53 games on the court, he had put up respectable numbers of 17.5 points and 7.0 rebounds per game.

However, during his second season, Okafor again injured his knee and was limited to 50 games, while seeing his statistical numbers take a dip to 11.8 points and 4.8 rebounds per game. Last season began with the 76ers announcing that they would not be picking up the final year of his rookie contract. That decision subsequently led to the team trading him to the Brooklyn Nets on Dec. 7.

Okafor then played just 26 games with the Nets, contributing little during his time on the court. After the season ended, he became an unrestricted free agent, but didn’t come to an agreement with a new team until he signed with the Pelicans on Aug. 9.

After Love had offered remarks on his own mental health, he received widespread praise for making such a rare admission. He was also later named as the recipient of an award by a Cleveland-area mental health organization, which he’ll accept in November.

The two players will be facing each other twice in a five-day span in January, when Cleveland hosts New Orleans on Jan. 5 before beginning a six-game road trip in the Big Easy on Jan. 9.