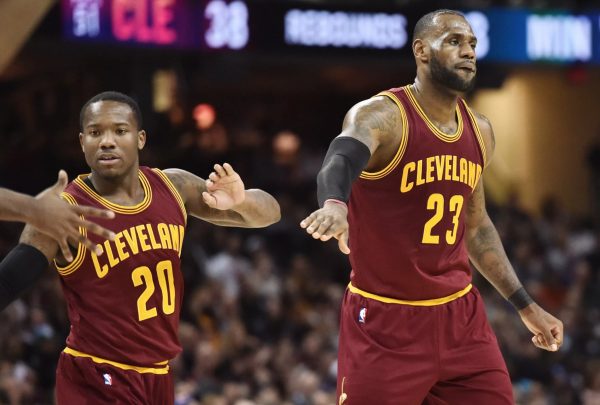 As the Cleveland Cavaliers begin their second week of training camp, the statuses of some players are becoming clearer with each passing day. One report notes that point guard Kay Felder and center Edy Tavares could be in danger of being released before the regular season gets underway in two weeks.

Jason Lloyd of The Athletic indicated that the addition of veteran Dwyane Wade and the expected lineup changes that have been rumored have made both Felder and Tavares expendable. The key reason stems from the respective contract statuses of Felder and Tavares:

“Signing Wade left the Cavs with 16 fully guaranteed contracts, along with Kay Felder’s partial guarantee. (Edy Tavares’ deal is non-guaranteed.) Tavares is an obvious candidate to be released, and Felder is also in danger of either being traded or cut.”

One other important aspect in regard to the guaranteed contracts is that an additional veteran would likely be traded. Lloyd indicates that the player that seems most likely to be dealt is veteran Richard Jefferson.

Lloyd wrote that simply releasing Jefferson wouldn’t aid the Cavaliers, since they’d still have to pay both his $2.5 million salary for this season and an additional $8 million in luxury tax penalties, adding:

“That makes finding a trade for him (Jefferson) or another veteran imperative, even if they have to attach a second-round pick as a sweetener.”

If Jefferson is dealt, Lloyd noted that the veteran’s destination is likely to one of nine teams that have either the salary cap flexibility or exception status to add Jefferson to its roster:

“The teams most likely to work with the Cavs on a deal include Atlanta, Brooklyn, Dallas, Indiana, Phoenix, Sacramento, Chicago, Memphis and Milwaukee.”

The 37-year-old Jefferson was a part of the Cavs squad that captured the franchise’s first-ever NBA title in 2016. After originally announcing his retirement after winning that title, he returned last season. During his two years with the team, he’s averaged 5.6 points and 2.2 rebounds per game, starting 18 of the 153 regular season games that he’s played.

The Cavaliers play the first of their five preseason games on Wednesday night with a home game against the Atlanta Hawks. Their first regular season game will also be at home, when they face the Boston Celtics and former Cavs point guard Kyrie Irving on Oct. 17.