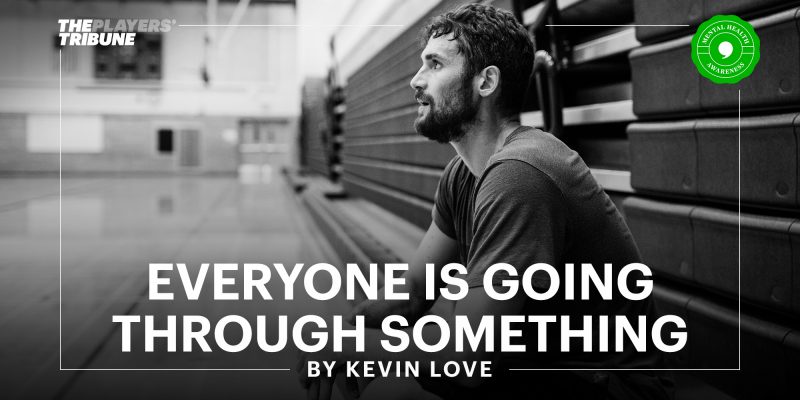 When Cleveland Cavaliers forward Kevin Love opened up in March of this year about his own struggles connected to mental health issues, he received a groundswell of support from those in the NBA and the world at large. Love’s courage in addressing a topic that’s still perceived to have a stigma attached to it has now resulted in him being the recipient of an award from a mental health organization.

. @Cavs @kevinlove will receive the Bronze Key Award from #RecoveryResources for his courage to speak against the stigma of mental illness by sharing his personal battle with depression. Having emceed this event I know how prestigious it is. Congrats !

Love’s comments came in The Players’ Tribune that referenced a variety of topics about the pressure to live up to societal norms in sports. These included the idea that blocking out feelings was a necessity.

“Growing up, you figure out really quickly how a boy is supposed to act,” Love wrote at the time. “You learn what it takes to ‘be a man.’ It’s like a playbook: Be Strong. Don’t talk about your feelings. Get through it on your own.”

During his four seasons with the Cavaliers, Love has dealt with injuries and frequent criticism about his play. That’s led to incessant rumors about possibly being traded, despite the fact that during those four seasons, he averaged a double-double with 17.1 points and 10.0 rebounds per game. He was also named to two All-Star teams.

Recovery Resources is a Cleveland-based mental health organization with three offices in the area that seek to remove the stigma of mental illness. The proceeds from the 27th Bronze Key Gala that will honor Love on Nov. 3 will also help fund treatment programs for individuals who may lack insurance.