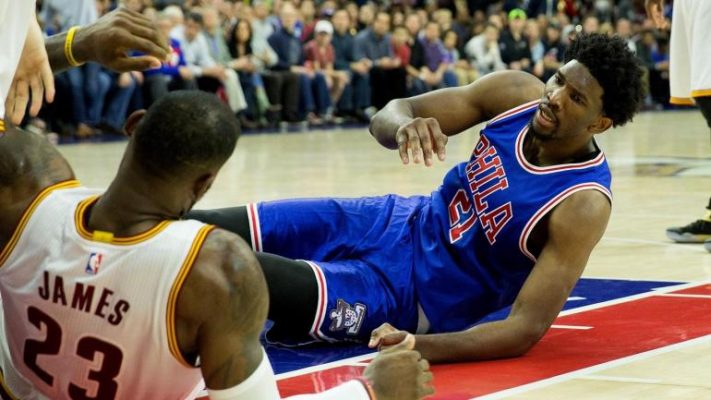 The prospect of LeBron James leaving the Cleveland Cavaliers to sign a free-agent contract with the Los Angeles Lakers has plenty of Cavaliers fans currently on the edge of their seats. At the same time, one key member of the Philadelphia 76ers appears to be developing some bitterness toward James about that potential signing, using social media to express his thoughts.

76ers center Joel Embiid took a shot at James on Twitter, noting that the strong legacy of the Lakers franchise might prevent the 15-year veteran from making a true impact:

The Lakers are FOREVER gonna be Kobe’s and Magic’s team…. Process that

While Embiid was under the impression that he would be able to recruit James to join a young and talent-packed 76ers squad, James has offered no hints that he is actually considering that idea. The 24-year-old Embiid also appears to be unaware that the 76ers also possess a potent legacy of their own. Hall of Famers like Wilt Chamberlain, Julius Erving and Allen Iverson have solidly etched their own name into the team’s history.

Of course, there’s currently no indication that James is planning on signing with the Lakers, either. News that he arrived in the Los Angeles area on Saturday afternoon ramped up such speculation, though it fails to note that he owns two homes in the area. In addition, he’s spent the bulk of his past few summers in that area.

Regardless of whether James ultimately chooses the Cavaliers, Lakers or some other team, it seems readily apparent that unless that choice is the Sixers, Embiid will not be happy.