Report: LeBron James Lands in Los Angeles as Fans Wait for Him at Airport 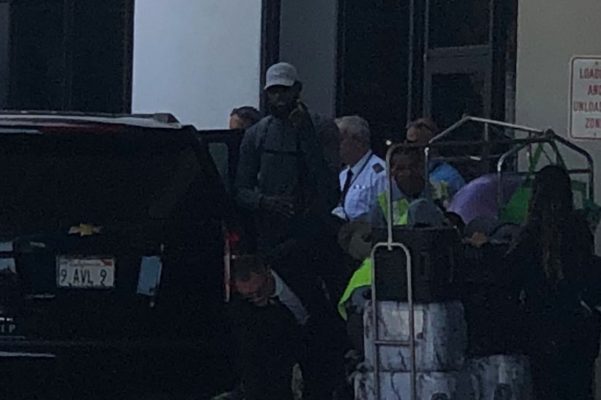 Just hours before NBA free agency begins, Cleveland Cavaliers forward LeBron James arrived on Saturday afternoon at Van Nuys Airport near Los Angeles after vacationing on the Caribbean island of Anguilla. There to greet the biggest target of the free agent market were some fans and multiple media outlets, with those fans and members of the media likely hoping that he chooses to play for the Los Angeles Lakers next season

Social media helped draw the crowd for what might have otherwise been an uneventful landing. Twitter users had been tracking the flight since the morning hours, meticulously noting its path:

This private jet flew from Cleveland to Miami to Anguilla in the last 10 days, and is now en route to Los Angeles https://t.co/Z0yaPsbNq6 @World_Wide_Wob

Confirmation that James was one of the passengers on board was then offered a few hours later:

My source, an employee of Hopkins Airport in Cleveland and a registered pilot confirmed that LeBron James is on said plane from Anguilla to Van Nuys, CA – https://t.co/d0YzLMp64y#LeBrontoLA pic.twitter.com/KiXV9ReOHr

ESPN’s Arash Markazi took note of the pending arrival and subsequently was able to pass along visual proof of James’ arrival:

I’m not alone out here. pic.twitter.com/dWG1vaY3ux

The mere fact that James arrived in the Los Angeles area doesn’t necessarily mean that he’s decided to play for the Lakers. The 15-year veteran has two homes in the surrounding area and has spent much of the past few summers in that area. However, until he makes his decision, fans will continue to track his moves.

When that final choice is made, James is expected to announce the selection through his Uninterrupted platform. That would be different from his previous choices of an hour-long ESPN “Decision” program in 2010 and the release of a Sports Illustrated article in 2014.