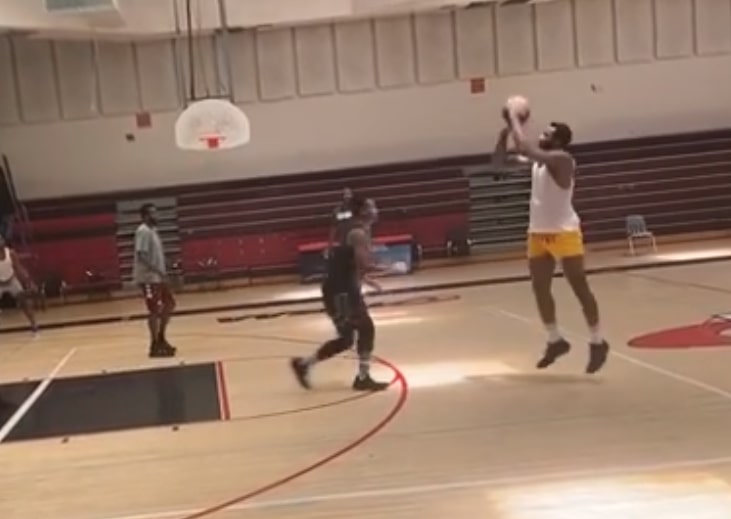 However, the center recently took to social media to show off an impressive 3-pointer that he hit during a scrimmage.

Drummond, 26, is one of the best rebounders in the NBA.

The double-double machine has led the league in rebounding in three different seasons over the course of his time in the NBA. Yet, when he arrived to Cleveland in February, he started taking more triples than he ever had before in his career.

In 591 regular season games with the Detroit Pistons, Drummond attempted 89 shots from downtown and delivered on 11 of them.

In just eight games with the Cavs this season, the 6-foot-10 pro put up 14 attempts from distance while connecting on four of them. Clearly, Drummond felt more comfortable firing away in Cleveland.

Still, his Cavs teammates reportedly weren’t too fond of the big man’s ambitious attempts from downtown.

The two-time All-Star averaged 17.5 points, 11.1 boards and 1.5 steals during his short stint with Cleveland this season.

andre drummondcleveland cavaliersfeaturednews ticker
← Previous Story Tristan Thompson Gets Hyped While Explaining Why LeBron James Is the Best Player in the NBA
Next Story → Anthony Edwards on Playing for Cavs Next Season: ‘I Would Love to Play With Cleveland’