Cavs Rumors: Cleveland’s ‘Plan A, B, and C’ Is to Keep LeBron James 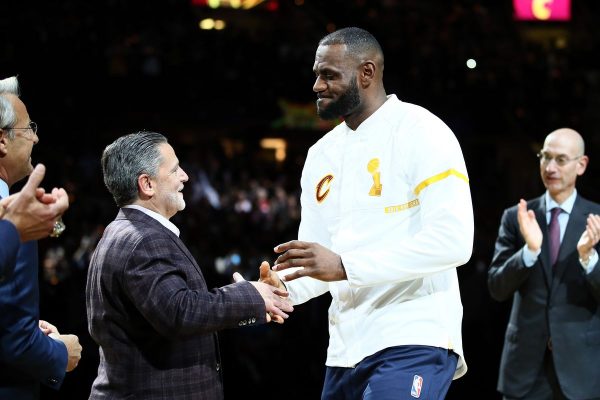 On Friday, LeBron James made news by officially deciding to opt out of the final year of his contract with the Cleveland Cavaliers. Because of that, he will now become a free agent on July 1.

While some Cavs fans might have understood that as yet another sign that he plans to join another team this offseason, it actually could mean just the opposite.

According to one ESPN insider, James becoming an unrestricted free agent keeps the Cavs very much in play. It also seems as though the Cavs have a specific set of plans to try to convince their star player to re-sign.

Had LeBron opted in, that would have been a bad sign for Cleveland — it would basically have meant that his camp had a trade partner lined up. As it stands now, CLE is still in the mix. According to a Cavs source, the team's "Plan A, B & C in free agency is to keep LeBron"

Within those plans, the Cavs are likely looking for ways to bring additional talent to come and play in Cleveland. Most recently, the Cavs have been connected to players such as Kemba Walker and Kawhi Leonard. While those trade talks have seemingly cooled down, there is still a plethora of available talent around the league.

Recent rumors and reports have seemingly pointed to James wanting to sign with the Los Angeles Lakers. By opting out of his contract, however, James has left the door open for the Cavs to swoop in and prove to him that there’s no place like home.

The ball is in the Cavs’ court. It’s now up to them to come up with a way to win the James sweepstakes and keep him in the Wine and Gold.