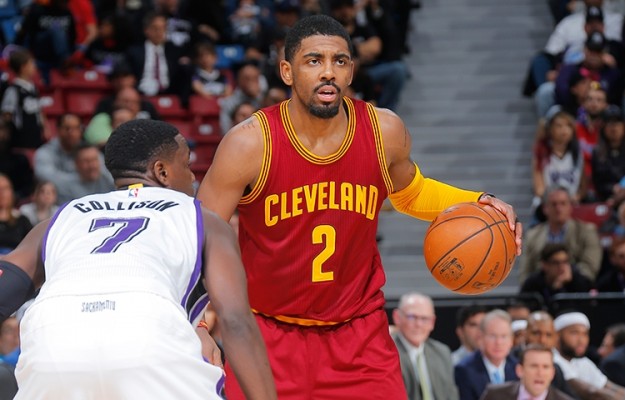 (Sacramento, CA) – Scoring 11 unanswered points down the stretch helped the Cleveland Cavaliers start their Western road trip on an up note with a 120-111 comeback victory against the Sacramento Kings at Sleep Train Arena on Wednesday night.

With the game deadlocked at 96 at the 7:36 mark of the fourth quarter, LeBron James’ three-pointer sparked a 13-4 run to make it 109-100 less than three minutes later. However, the Kings ran off eight unanswered points in the next two minutes to slice the margin to just a single point with 2:58 to play.

Over the next two minutes, Kevin Love scored six straight points, including a four-point play, and J.R. Smith applied the dagger with a three-pointer with 1:01 left to make it 118-108. James then added two free throws to close out the team’s scoring on the night.

Cleveland head coach Tyronn Lue spoke of how impressed he was with the team’s second-half play:

“They showed me a lot of toughness in the second half, a lot of grit,” Lue said. “We need to continue to play hard and push the pace.”

The start of the second half brought back bad memories of Monday’s loss as Sacramento took its biggest lead of the game by scoring the first five points for a 65-54 advantage. However, the Cavaliers bounced back by connecting on 65 percent of their shot attempts for the quarter, eventually taking an 89-84 lead into the final quarter.

All five members of the starting lineup finished scoring in double figures, led by the duo of Kyrie Irving and James. The pair combined for 55 points, with Irving hitting for 30 points and handing out four assists. Meanwhile, James was one of three Cavs players with a double-double on the night with 25 points, 11 rebounds and six assists.

James talked after the game about how staying competitive was a major factor in the win:

“When we compete, we’re a very good team and we did that tonight.”

Irving spoke of the need to start this important trip on a positive note:

“We came together because we realized what this road trip means to us.”

Tristan Thompson and Love joined James in the double-double category, with Thompson’s numbers consisting of 18 points and 15 boards. Love added 17 points and 10 rebounds. While Smith rounded out the quintet with 15 points, capped by his clutch three-pointer.

Lue spoke about keeping his power forward focused despite some recent offensive struggles:

“I just told Kev to keep shooting,” Lue said. “It’s my job to keep him in rhythm.”

The Cavs, who improved their season record to 45-18, were without the services of center Timofey Mozgov, who missed the game due to illness.

Irving spoke of what the potential of his performance might mean for the future:

“I’m getting in much better shape, and what better time to get my wheels going with a lot of games left going into the playoffs.”

James spoke of potentially more from a team perspective:

“We’ve had some ups and downs, but this trip gives us a chance to build toward the playoffs.”

The Cavaliers remain in California for a Thursday night nationally televised matchup against the Los Angeles Lakers. Tipoff is scheduled for shortly after 10:30 p.m. ET.