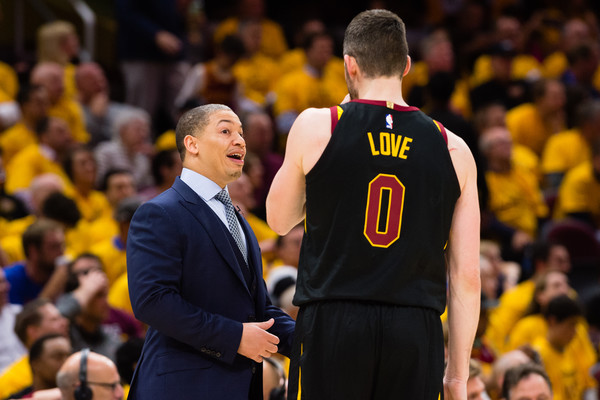 The Cleveland Cavaliers have been without All-Star big man Kevin Love since early in Game 6 of the Eastern Conference Finals. He was forced to exit Game 6 after taking a nasty blow to the head which forced him out of the game and into the NBA’s concussion protocol.

With Game 1 of the NBA Finals just days away, fans would love to hear that Love has recovered from his injury and is ready to go. Unfortunately, his status for Thursday night’s matchup is still up in the air.

According to Cleveland coach Tyronn Lue, Love still remains in concussion protocol and his status for Game 1 is still unclear. Lue gave the media an update before the Cavs flew to San Francisco for Thursday’s opener.

Love still has quite a bit of time to pass the concussion protocol and be ready for Game 1. If that proves impossible, Cavs forward Jeff Green will likely start in his place. In Game 7 of the Eastern Conference Finals, Green got the start and managed to finish the night with an impressive 19 points and eight rebounds. It seems unlikely that he would be able to replicate that production against the Golden State Warriors though.

Hopefully, the news regarding Love in the coming days is nothing but good. However, if it comes to pass that he is unable to go for Game 1 or beyond, the road to a second NBA Finals championship in three years for the Cavaliers will be that much harder.