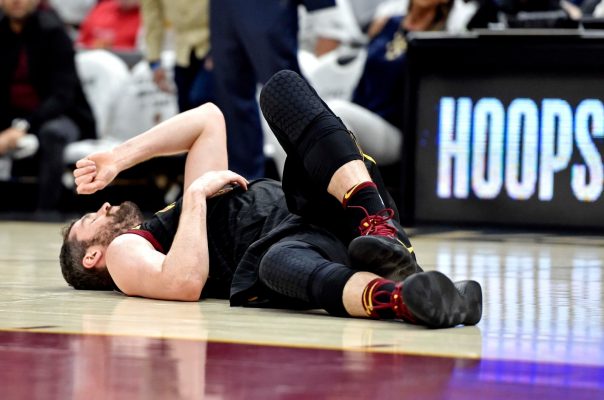 As if the theatrics for Sunday night’s critical Game 7 couldn’t get any crazier, the Cleveland Cavaliers have given an official update on Kevin Love’s status.

According to Joe Vardon of Cleveland.com, Love has officially been ruled out for Sunday’s Game 7 against the Boston Celtics.

Updating now: Kevin Love is out for Game 7

Love had taken a brutal hit from Boston’s Jason Tatum early in the first quarter of Game 6 and was taken to the locker room.

The power forward was officially placed into concussion protocol early Saturday, and there was some hope that he would be able to play, however it seems that the turnaround was too quick for Love to be able to pass a series of tests in order to play in Game 7.

After putting forth a superhuman effort in Game 6, it looks like superstar LeBron James will have to have an encore performance on Sunday if the Cavs are to have any chance of advancing to the next round.