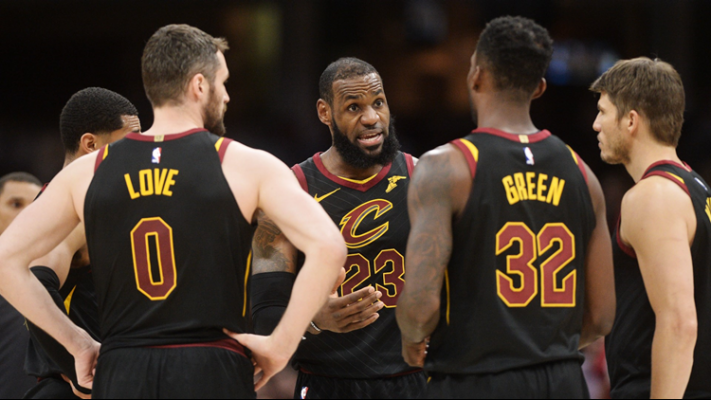 Since the Cleveland Cavaliers enter Game 7 of the Eastern Conference finals without starting forward Kevin Love available to play, Cavaliers head coach Tyronn Lue announced that veteran Jeff Green will be starting in Love’s place. Love was ruled out on Saturday after suffering a concussion midway through the first quarter of Friday night’s Game 6 victory over the Boston Celtics.

Green was signed as a free agent last offseason and has primarily seen action as a reserve, playing in 78 regular season games and starting in 13 of those contests. He’s played in all 17 of the Cavaliers’ playoff games, starting with the Game 1 first-round loss to Indiana on Apr. 15. His scoring and rebounding numbers are down in those postseason matchups, even though his minutes per game are only slightly different from during the regular season. There, he averaged 23.4 minutes, while in the playoffs, he’s averaging 22.6 minutes.

Lue’s selection of Green to start instead of fellow veteran Kyle Korver could result in some major controversy if Cleveland is unable to win and advance to their fourth consecutive NBA Finals. That’s because the head coach received criticism following the Cavs’ loss in Game 5 due to playing Korver for just 18 minutes in the defeat.

The fact that the Cavaliers have dropped all three conference finals games in Boston and will be without Love will make for a severe challenge. However, the Cavs will be hoping that history repeats itself, since the only time Love hasn’t played in a game in Boston this year came on Feb. 11. At the time, he was rehabilitating an injured hand, but even without his availability, Cleveland blasted Boston by a score of 121-99.