Don't Miss
Home / Videos / J.R. Smith Explains What Was Going Through His Mind When He Committed Flagrant Foul

J.R. Smith Explains What Was Going Through His Mind When He Committed Flagrant Foul 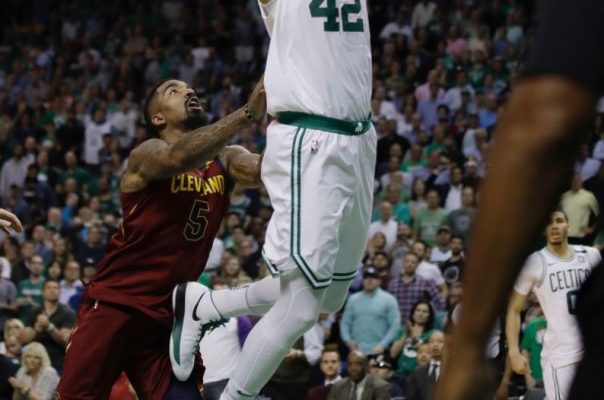 With the Cleveland Cavaliers watching Game 2 of the Eastern Conference Finals slip away to the Boston Celtics, J.R. Smith‘s frustration got the better of him when he pushed the Celtics’ Al Horford before he could score. Smith’s actions angered Horford’s teammate, Marcus Smart, and nearly sparked an on-court fight between the two players.

After the game, Smith admitted that he deserved the flagrant 1 foul he was given as a result of his action. However, he indicated that he didn’t attempt to take Horford’s legs out from under him:

JR Smith offers his thoughts on his flagrant foul and whether or not Boston was the "tougher" team.#CavsCeltics || #WhateverItTakes pic.twitter.com/TJ0v2C3saQ

The partisan Boston fans reacted angrily to Smith’s action upon seeing video of the incident, delivering an obscene chant directed at the Cavaliers guard. Smith struggled all night on offense and was held scoreless, and with the game essentially lost at that point, his ejection turned out to be of little consequence.

The Cavaliers now find themselves trailing 2-0 in the best-of-seven series, with the next two contests scheduled for Quicken Loans Arena. Saturday night’s Game 3 now becomes a must-win situation for the team.