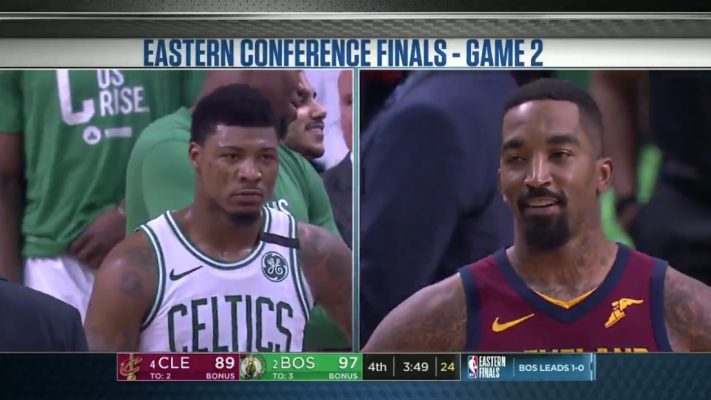 Things got mighty chippy in Game 2 of the Eastern Conference Finals as the Boston Celtics closed the door on the Cleveland Cavaliers late in the contest to take a commanding 2-0 lead in the series.

While the spat between the two players was quickly resolved, the raucous crowd in Boston’s TD Garden picked up where Smart left off.

The arena’s clear message didn’t seem to get to Smith, but the loss certainly did. The Cavs led by double digits late in the first half of the game before the Celtics mounted their comeback in the third quarter. In the end, the Cavs were the victims of their second straight double-digit defeat and will now have to pick up the pieces before Saturday’s Game 3.

Hopefully, the Cavs are able to find a way to even the series over the next two games in Cleveland. If not, things could continue to get ugly on the court before this series comes to an end.