Report: Jameer Nelson Has Emerged as Frontrunner in Cavs’ Search for Playmaker 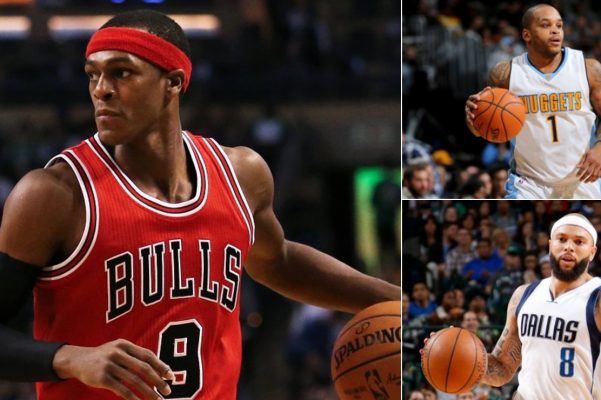 The Cleveland Cavaliers are currently stuck in their worst stretch of the season, going 4-6 in their last ten games.

Cavs superstar LeBron James made it clear after Monday’s loss to the New Orleans Pelicans that he felt his team’s struggles were largely due to the lack of an additional playmaker on the roster.

Now, the frontrunner to fill that playmaker role has emerged, according to Sam Amico of AmicoHoops.com.

“The Cavs have taken part in repeated discussions centered on [Denver Nuggets guard Jameer] Nelson, and he would appear to be the primary target of the three mentioned by Forbes, per Amico Hoops sources.”

Nelson was identified as one of the Cavs’ three targets earlier this week, along with Chicago Bulls guard Rajon Rondo and Dallas Mavericks guard Deron Williams. Now, Nelson seems to be pulling ahead of the pack.

The former Orlando Magic guard is at the tail end of a long NBA career including an All-Star appearance and a trip to the NBA Finals in 2009. The 20th overall pick in the 2004 NBA Draft is currently taking on the role of mentor to young Denver Nuggets guard Emmanuel Mudiay, but is reportedly available for the right price.

Nelson is currently averaging 8.8 points and 4.6 assists per game while shooting 45 percent and helping the 20-25 Nuggets push for a playoff berth in the Western Conference.