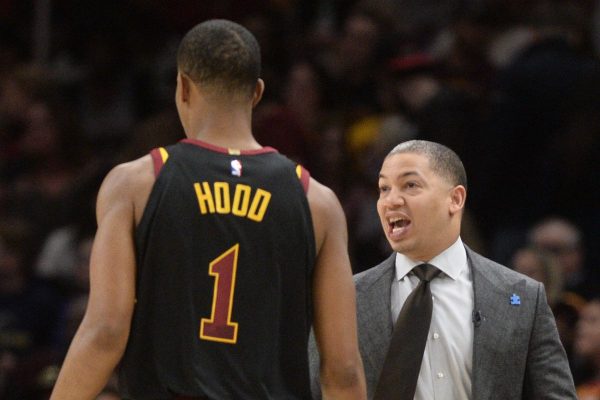 The furor and backlash directed at the Cleveland Cavaliers‘ Rodney Hood for refusing to enter Game 4 of the Eastern Conference semifinals against the Toronto Raptors have been severe from virtually every angle. However, former Cavaliers veteran Richard Jefferson doesn’t believe the controversy warrants a great deal of discussion.

Jefferson appeared on Wednesday morning’s edition of the ESPN program “Get Up” and offered the opinion that the story was largely media-driven. Among other things, Jefferson indicated that when the player who had taken Hood’s spot in the Cavaliers’ rotation, rookie Cedi Osman, scored a basket, the television camera immediately showed Hood’s reaction.

Working with the Fox Sports Ohio crew that was covering game, the popular Jefferson remains close with his former team, having been part of the title-winning 2016 squad. During this season’s training camp, he was dealt on Oct. 14 with former Cavalier guard Kay Felder and other considerations to the Atlanta Hawks and then immediately released by his new team. However, he quickly signed with the Denver Nuggets, seeing action in 20 games.

Hood was reported to have apologized to Cavs general manager Koby Altman on Tuesday, the day after his controversial action. With the Cavaliers resuming practice on Thursday, Hood was expected to also offer apologies to his teammates and the Cavs coaching staff.