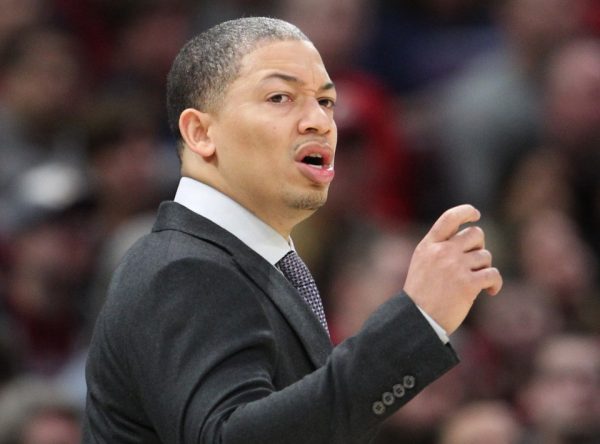 The Cleveland Cavaliers have quite a bit to celebrate about at the moment. Not only are they enjoying one of the most successful stretches of their season so far, winning nine of their last 10 games, they have also been welcoming a number of injured players back to the court.

On Wednesday, another cause for celebration was revealed when it was reported that Cavs head coach Tyronn Lue will be making his return in Thursday’s game against the Washington Wizards.

Ty Lue will return to the sidelines as head coach of the Cavs on Thursday against Washington. https://t.co/96ZhtaUEmT

Lue has not coached since March 17 due to health issues which have included symptoms like chest pain and sleep depravation.

While many would assume that a team would struggle without the leadership of its coach, the Cavs have proven just the opposite. Lue will reclaim the reigns of a team that went 9-1 in his absence. Much of that is thanks to interim head coach Larry Drew. Lue credited Drew for much of the team’s success, telling Cleveland.com that he has done “a hell of a job.”

With just four games left in the regular season, and an almost fully healthy roster, Lue can use the remaining games to finalize the Cavs’ offensive sets, defensive schemes, and player rotations for the quickly approaching playoffs.

The 2017-18 campaign has been a tough one for the Cavs from nearly start to finish. However, for the first time in a long time, it seems things are really starting to work in Cleveland’s favor.