A List of Striking Similarities Between LeBron James and Michael Jordan 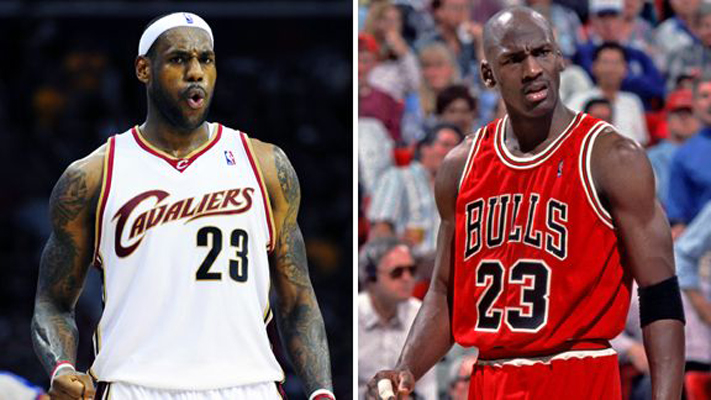 LeBron James was being compared to Michael Jordan long before he ever took the court for the first time as a member of the Cleveland Cavaliers in 2003. Those comparisons have evolved over the course of James’ 13 seasons, but the connection between the two legends has resulted in a number of fascinating facts that show just how similar they are to each other. 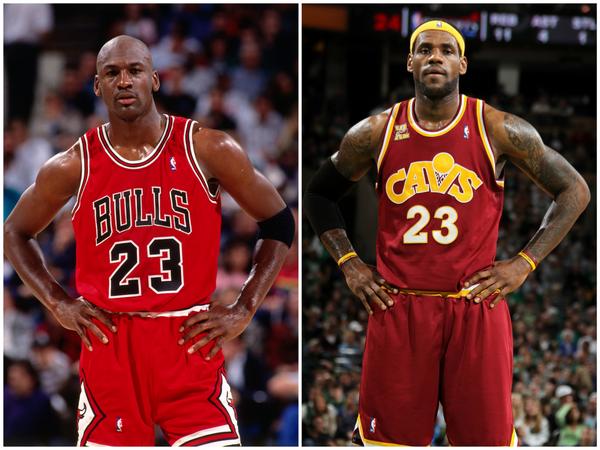 Both players wore No. 23, with James specifically choosing it as a tribute to Jordan. In 2009, during his first stretch with the Cavaliers, James spoke of wearing another number and asked other NBA players to do the same in order to effectively retire the number league-wide. James did switch to No. 6 during his four years in Miami and then switched back to 23 upon his return to Cleveland.

Jordan supposedly chose 23 because his brother Larry, a high school teammate, was wearing No. 45, saying in a promotional video for NBA 2K14:

When he returned after his first retirement, he wore No. 45, but changed back to 23 after just 22 games. That earned him a $25,000 fine from the NBA, but the resulting publicity overwhelmed the financial setback. While cynics said it was simply a marketing move, Jordan ended up getting the last laugh.