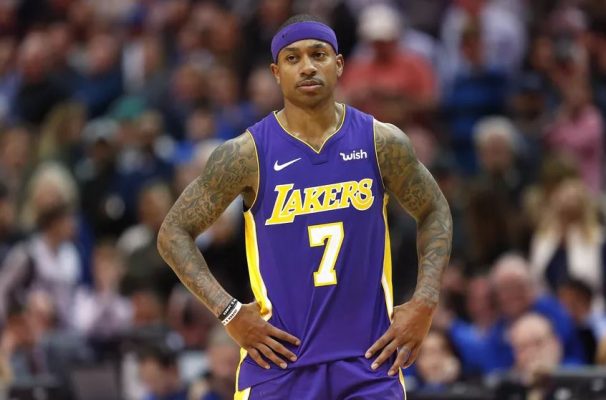 All seems right in Northeast Ohio again as the Cleveland Cavaliers have managed to turn their season around and have won five of their last seven games. According to their former point guard Isaiah Thomas, however, that was not the case just a couple of weeks ago.

Thomas recently sat down with ESPN to discuss a turbulent year in which he suffered a substantial injury, was traded from the Boston Celtics to the Cavs, and was subsequently traded from the Cavs to the Los Angeles Lakers. In the interview, he expressed surprise that Cleveland traded him so quickly, and said that the organization was in “panic mode” after losing 13 of 19 games from mid-December to early February.

“I didn’t think they would pull the trigger that fast, 15 games,” Thomas said. “But again, it’s a business. And the Cavs were, I mean, they were in panic mode. We were losing — a lot. And I think they felt like they needed to make a move, and they basically cleared house.”

When the Cavs decided to trade for Thomas late last summer, they had hoped to get the offensive dynamo who averaged 28.9 points per game in the 2016-17 season. Instead, they got a player who was clearly still hampered by a hip injury he sustained last season and who managed to average just 14.7 points per game in his 15 games in Cleveland.

“It was a tough situation I was being put in,” he said. “It was — it was different. … It’s hard to get acclimated to a team halfway through the season.

“People don’t put in there that we had eight or nine new players. So it was basically a brand new team. … I’m in a new system. New team, new coach, new players. And then I’ve been off for seven months. So I got to get — individually, I got to for the most part get my rhythm back, get my timing back.”

Despite the trade, the former All-Star says he holds no ill will towards the Cavs.

“I have no hard feelings against Cleveland,” he said. “It just didn’t work out and that just happens.”

It’s unfortunate that Thomas’ career in Cleveland was not as successful as he, the organization, and fans had hoped for. By the end, it was clear that changes needed to be made and it seems the Cavs front office made the right call in parting ways with the 5-foot-9 point guard. Hopefully, Thomas is able to return to his 2016-17 form soon, but it is something of a relief to know that the Cavs’ success no longer depends on it.