Report: Isaiah Thomas Has ‘Absolutely No Love’ For LeBron After Departure From Cavs 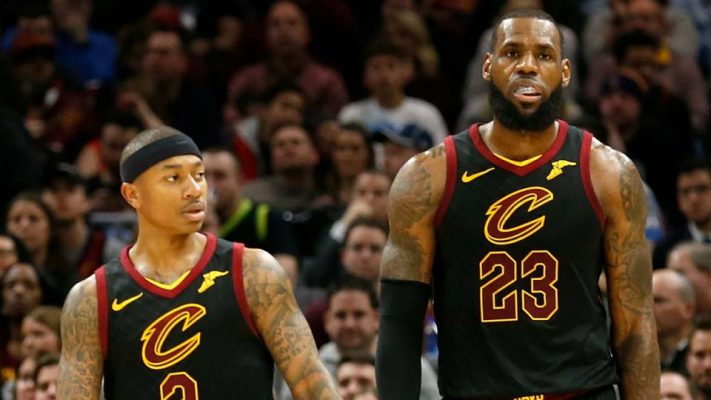 Isaiah Thomas‘ time with the Cleveland Cavaliers is now a thing of a past. While Thomas was once wholly excited to join forces with LeBron James, it seems the two did not end on very good terms.

According to ESPN’s Chris Broussard, who joined Tuesday’s episode of “Undisputed,” the relationship between Thomas and James quickly deteriorated leading up to the 5-foot-9 point guard’s eventual departure from Cleveland.

“I was talking to somebody yesterday close to Isaiah and they said he has absolutely no love at all for LeBron, like this is real,” Broussard said. “He felt like LeBron kind of talked down to him when he was there and so on and so forth. When Isaiah first got there, they actually were hanging out a little bit and it was cool, but it soured pretty quickly. So this is real.”

Thomas played just 15 games with Cleveland before he was traded to the Lakers. The Cavs won just seven of those games. While he cannot be fully blamed for their struggles during that time, it is no shock that tension between Thomas and James arose once it became clear that he was not performing the way that the Cavs organization had hoped when they traded for him last summer.

Thomas performed well in his Lakers debut, with 22 points and six assists in a loss to the Dallas Mavericks. Still, his production has plummeted, averaging just 15.2 points per game compared to 28.9 points per game last season.

It seems likely that James and Thomas will never play together for the rest of their careers, but that doesn’t mean we won’t get to seem them take the same court. The Cavs and Lakers face off in Los Angeles on March 11. While the Lakers are nowhere near a playoff team at the moment, that game will likely have quite a bit of drama considering the lack of love that exists between both team’s star players.