Fox News Anchor Blasts LeBron James, Tells Him to ‘Shut Up and Dribble’ 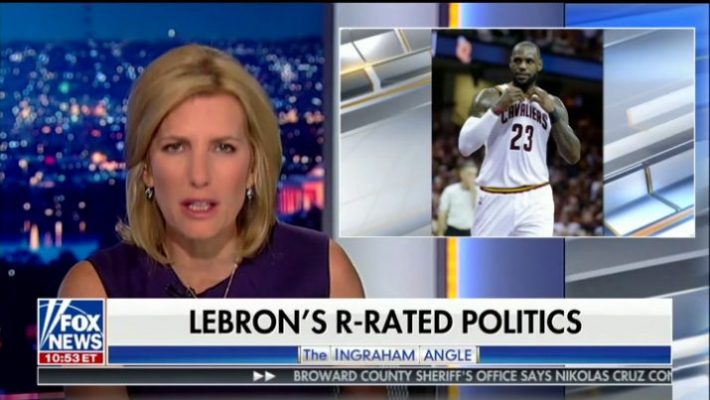 Can sports and politics mix? Not if you ask Fox News anchor Laura Ingraham. Ingraham was overly critical of LeBron James on live TV for his contemptuous comments of President Donald Trump.

Ingraham’s comments not only criticized James for his opinion on the president, she went on to mock him for his education, or lack thereof.

What Ingraham failed to realize is that James has always been vocal about his political beliefs before Trump came into power. He speaks out against racism and inequality similar to what other sports icons have done in the past.

The Boston Celtics’ Bill Russell, the UCLA Bruins’ Kareem Abdul-Jabbar (then known as Lew Alcindor), heavyweight boxing champion Muhammad Ali, and the Cleveland Browns’ Jim Brown were among those who voiced their opinions about the civil rights movement.

Her word of advice to James?

“Shut up and dribble,” she said.

Rather than receiving support for her comments, it appears that she has received more disdain than she was probably expecting. Or maybe this was the response she was hoping for after all.

cleveland cavaliersfeaturedlebron jamesnews ticker
← Previous Story LeBron James Bashes Donald Trump: He ‘Don’t Give a F— About the People’
Next Story → Video: Kevin Love Discusses How He’ll Fit in With New Roster When He Returns