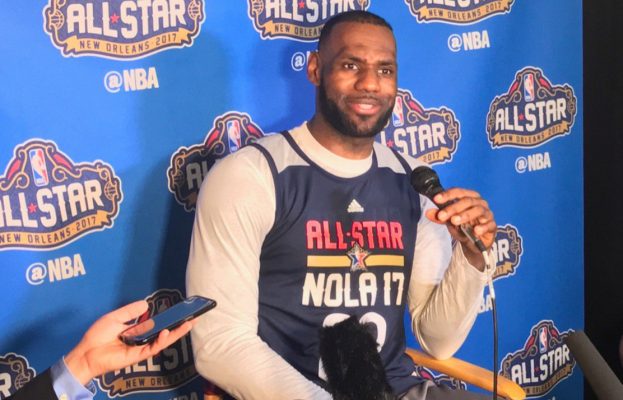 In what’s turning out to be one of the more bizarre stories of All-Star Weekend, Cleveland Cavaliers superstar LeBron James decided to address point guard Kyrie Irving‘s ridiculous statements made on All-Star Media Day Friday.

Irving had initially stated that people should question the educational system more and then went on by using the earth as an example. He then went on to say that he believes that the earth is flat and also that dinosaurs never existed.

Instead of taking the opportunity to roast his starting point guard, James responded in the most LeBron James way possible:

LeBron James: "Kyrie is my little brother… If he decides the earth is flat, that's ok." pic.twitter.com/UjiyVGG1uw

However, the four-time MVP did manage to get a slight jab in later on during his interviews: