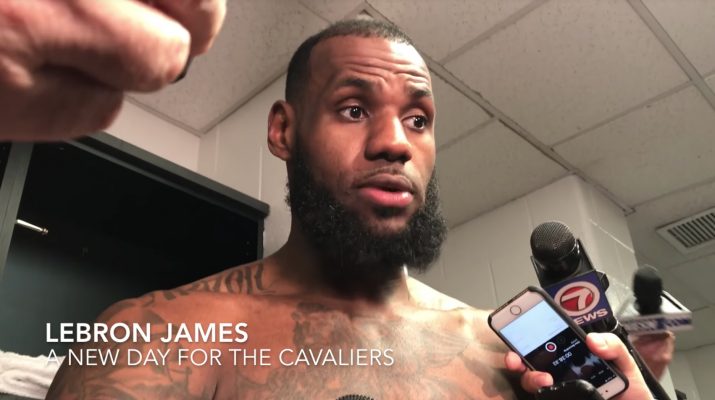 The players that the Cleveland Cavaliers traded for just hours before last Thursday’s NBA trade deadline shined in Sunday’s 121-99 trouncing of the Boston Celtics. For LeBron James, point guard George Hill, who played well throughout the game on both ends of the court, may have shined the brightest.

Following the game, James had nothing but praise for his new starting point guard.

“I think George Hill’s basketball IQ complements me. Guy’s been in so many big games,” James said. “You can tell he knows how to play the game. Smart, big, physical, so you can definitely tell that we’re going to work well together.”

Hill notched 12 points and three rebounds in Sunday’s game. Perhaps more importantly, he was tasked with guarding Kyrie Irving for much of the contest. While Irving managed to scored 18 points, he was held to 1-of-7 from the three-point line.

There’s no doubt that a jolt of excitement has been injected into the Cavs organization since the trades took place. Based off of Sunday’s win, it seems that excitement was for good reason.

Going forward, Hill and the rest of the newly acquired Cavs will have to prove that the win over the Celtics was not a fluke, but proof that this team can go deep into the playoffs. They’ll have their next opportunity on Tuesday night when they face off against the Oklahoma City Thunder.