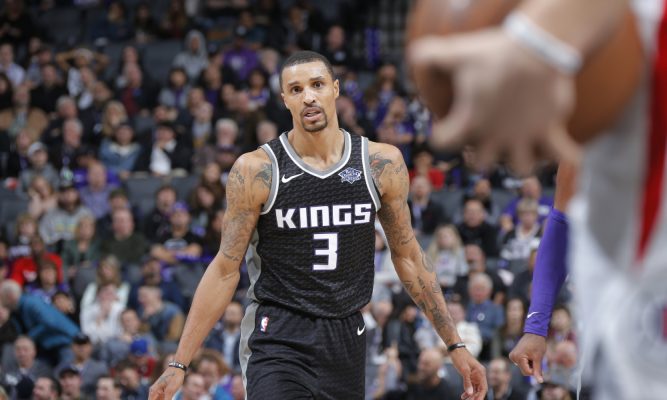 Just minutes after it was reported that the Cleveland Cavaliers had acquired Jordan Clarkson and Larry Nance from the Los Angeles Lakers in exchange for Isaiah Thomas, Channing Frye, and their own first-round draft pick, it’s being reported by ESPN’s Adrian Wojnarowski that the Cavs have also acquired both George Hill and Rodney Hood in a three-team deal.

In exchange, the Cavs are sending away Jae Crowder and Derrick Rose to the Utah Jazz and Iman Shumpert to the Sacramento Kings.

In a matter of minutes, the Cavs have completely revamped half of their roster and it looks like they are going all in in trying to retain superstar LeBron James at the end of the season. The good news is that the Cavs still retain the coveted Brooklyn pick and cannot trade it until this year’s NBA draft.