Video: Derrick Rose Calls Joining Cavs ‘One of the Best Decisions’ of His Life 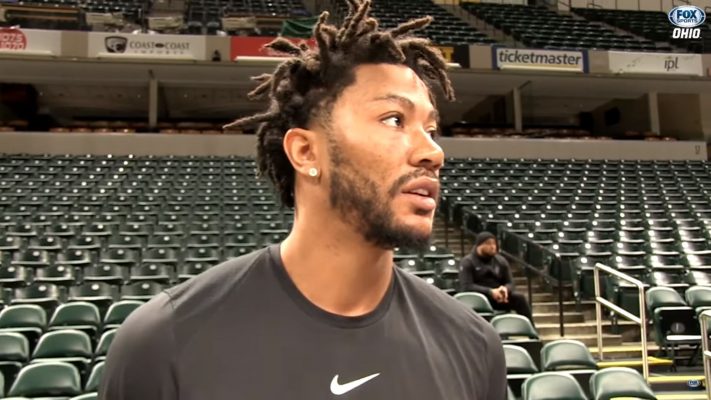 Just over a week ago it had appeared that Rose was considering leaving the Cavs, and the NBA, for good. On Friday, however, he spoke with reporters to clarify just how happy he is to be a member of the Cavs.

“It’s all love, it’s all love,” Rose said of the welcome he received from his teammates upon his return. “It’s showing me coming here was one of the best decisions I made in my life. Being around good guys that’s only focusing on basketball and trying to get better and I been wanting that my entire career.”

He continued to explain what he hopes to get out of the rest of the season while he works to return from a lingering ankle injury.

“I’ll be able to hoop, that’s all I want to do,” he said. “Hoop and win. I don’t care about all the other stuff that comes with it. I’m appreciative, I’m grateful to be on this team and just like I said, just try to take it one day at a time.”

Rose has struggled with injuries throughout the 2017-18 season and has only played in seven games for the Cavs. Still, in those games he showed flashes of his immense skill and averaged 14.3 points per game.

It’s good to see Rose in high spirits since his return to the Cavs. Hopefully he approaches the rest of his rehab with similar enthusiasm so he is ready to retake the court soon.