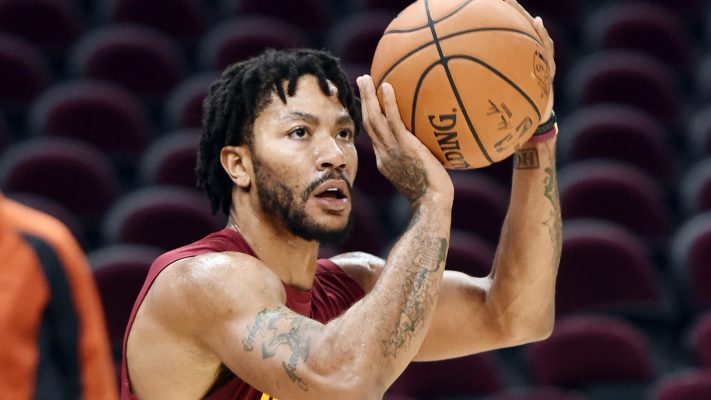 Cleveland Cavaliers point guard Derrick Rose has returned to join his team in Cleveland, and it seems the former NBA MVP is ready to put the uncertainty of the last two weeks behind him.

While Rose returned to the team on Monday, it wasn’t until Wednesday that the point guard reportedly asked to address his teammates at Wednesday’s shootaround. Cavs head coach Tyronn Lue kept fairly mum on the specifics of Rose’s message, but he made it clear that his teammates welcomed him back with open arms.

Rose asked Lue to address team at shootaround, Lue saying, "Everyone welcomed him back and is happy he's here. That's it"

“I thought he was in a good place when he left,” Lue said. “He’s a quiet guy so you can’t really get a read on him, but he’s a quiet guy. Like I said, we’re just happy to have him back.”

Lue added that Rose will have to sit out for several more games to continue rehabbing his lingering left ankle injury before returning to action.

Lue unsure when Rose will return to action, but it "won't be the next few games"

The Cavs are on the cusp of getting quite a few players back from injury. While Rose will have to work to earn significant playing time moving forward, it is good to see that he is back with the team and ready to continue his NBA career. Hopefully his decision to continue playing will render positive results for both himself and his team.