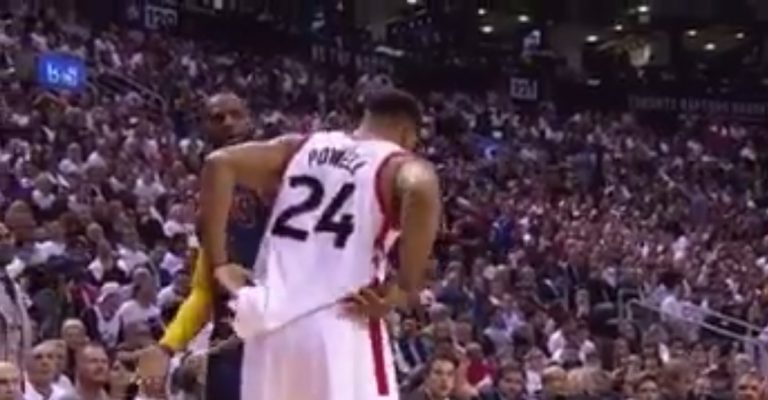 How high is LeBron James‘ IQ? Apparently so high, that he’s now preventing other teams from making critical mistakes during games.

During Game 3 of the Eastern Conference semifinals as James’ Cleveland Cavaliers were taking on the Toronto Raptors, James noticed that Norman Powell was walking off the court a bit too early in order to be substituted.

As a result, James prevented Powell from heading to the bench too soon, which would’ve resulted in an illegal substitution. Watch the play unravel for yourself below.

Did yal see Lebron making sure Powell doesn't leave the floor so the Raptors wouldn't get an illegal substitution last night? pic.twitter.com/9kqwbtxD4q