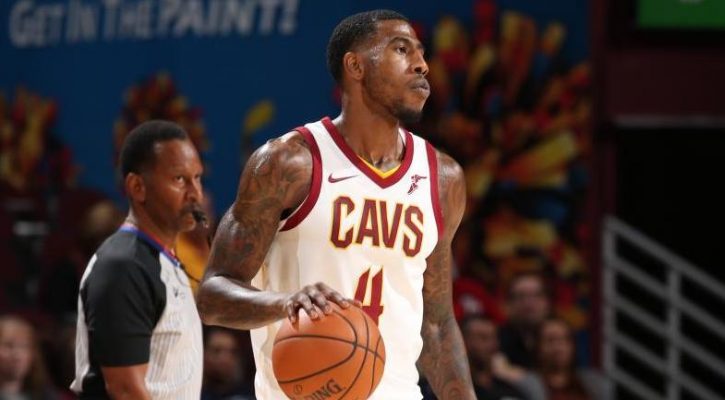 The Cleveland Cavaliers have announced that guard Iman Shumpert will miss five to seven days with what the team is calling left knee effusion.

Shumpert, 27, left the Cavs’ home win against the Los Angeles Clippers in the second quarter after experiencing knee soreness and did not return. Although the Cavs were able to capture the win without him, the injury-riddled team has been getting bad news after bad news.

Before the team took on the Clippers, the Cavs also announced fellow guard Derrick Rose would miss an additional two weeks with an ankle injury. With Rose, Shumpert and Isaiah Thomas (hip), who has been out since the beginning of the season, all out, Cleveland has had to rely on Jose Calderon and Dwyane Wade to handle the ball.

However, both veterans are in their mid-30s and may not be able to maintain the heavy workload. Fortunately it appears the Cavs have thought about this and have found a temporary solution. According to Joe Vardon of Cleveland.com, the 2016 NBA champions will bring in John Holland to make up for the injury sustained by Shumpert:

“A source said guard John Holland, one of the Cavs’ ‘two-way’ players who’s averaging 24 points, 5.5 rebounds, and 4.8 assists per game for the Canton Charge in the G League, will likely join the Cavs in Detroit. Holland scored 43 points in the Charge’s lone win, back on Nov. 12.”

Although Holland may get the job done for the next week, the Cavs will want a healthy Shumpert back as soon as possible. The solid defender is averaging 5.2 points and 3.3 rebounds in his fourth season with the Cavaliers.

The Cavaliers return to the road Monday night to face off against the Detroit Pistons just after 7 p.m. ET.