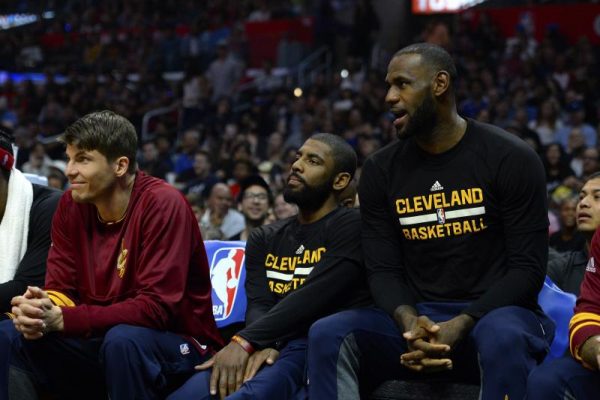 The furor over the Cleveland Cavaliers sitting LeBron James, Kyrie Irving and Kevin Love during their 118-78 loss to the Los Angeles Clippers last Saturday night continues to take hold of the NBA’s headlines. Even after the Cavaliers had defeated the Los Angeles Lakers on Sunday night, questions about the move were asked.

James was asked about the situation and seemed at a loss as to how to address the issue:

“I don’t think the NBA can do anything about it. At the end of the day, it sucks at times where certain guys have to rest, but certain guys need rest,” James said. “It’s a long, strenuous season and the NBA does a great job of putting the schedule together as best as they can. You’re going to have back-to-backs. You’re going to have certain games where certain things fall on certain nights, but a coach’s job is to figure out a way for their team to compete for a championship, not compete for a game.”

“Obviously it sucks at times because certain games you only play in certain cities once, or you play certain teams once on their home floor, but for me personally, I want to play in every game,” said James, who has not played in only six of Cleveland’s 69 games. “I wanted to play last night but my coach felt like it was best that I didn’t play last night, so I’m going to go with my coach and he’s never steered me wrong.”

Cleveland head coach Tyronn Lue was blunt in his assessment of the situation. He spoke on Sunday about the league office’s irritation at the decision:

“I mean, it’s stupid,” Lue said. “Kyrie didn’t come back the game before, knee soreness, Kevin just had his first game back, we needed two days in between each game. It’s OK, though, whatever. It’s stupid.”

“They’re paying me to win a championship,” Griffin said. “I’m not overly concerned about the perception of it. We literally had one guy rest tonight, and everybody else was reasonably injured, so I don’t feel like we did anything terribly egregious.”

On Monday, NBA commissioner Adam Silver sent a memo to Dan Gilbert and the league’s other owners on the subject. In the memo, Silver warned of “significant penalties” for violating the following league rule:

“Providing notice to the league office, their opponent, and the media immediately upon a determination that a player will not participate in a game due to rest.”

Silver’s memo was no doubt in direct response to ESPN, which issued this statement on Monday:

“As always, our aim is to serve NBA fans with the best matchups involving the league’s top stars and we share the fans’ disappointment. We understand this is a complex issue and we’re working closely with the NBA to best address it going forward from a media partnership standpoint.”

One of the beneficiaries of the Cavaliers’ decision to rest their players, Clippers head coach Doc Rivers, spoke about the need for better scheduling following Saturday night’s game:

“We have to protect our product,” Rivers said. “It’s hard. It’s impossible, if you actually knew what went into scheduling, but the look of back-to-back ABC national games—it’s not good.”

Over the remainder of the regular season, the Cavs have four more back-to-back contests. Despite that situation, it’s doubtful that any further resting of players will rival this current controversy.