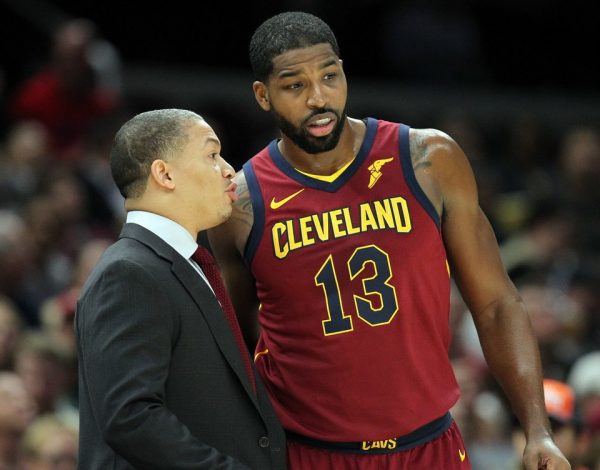 Cleveland Cavaliers center Tristan Thompson is going to miss one month after going down with a calf injury during Wednesday’s game against the Indiana Pacers. While the injury is another blow to the struggling Cavs, head coach Tyronn Lue is taking the loss in stride.

According to Cleveland.com’s Joe Vardon, Lue has decided to return Jae Crowder to the starting lineup and will add Channing Frye to the team’s depleted rotation:

“Jae Crowder returns to the starting lineup and Channing Frye is going to get a shot in the rotation, said coach Tyronn Lue. It means the Cavs, who have lost four straight and five of six, will play their sixth different starting lineup already this season.”

Crowder began the season as a starter, with Thompson coming off the bench. While the change is not entirely new for the Cavs, it now marks the sixth change to the starting lineup so far this season.

Since joining the Cavs this offseason as a part of the trade with the Boston Celtics for Kyrie Irving, Crowder has struggled mightily. He’s averaging 7.5 points per game while shooting 37.5 percent from the field and 28.1 percent from beyond the arc. Despite his reputation as a strong wing defender, he has struggled to find his rhythm defensively as well.

“It’s just new for him and as a player when you come to a different team just understanding where you’re going to get your shots from and how you’re going to get them,” Lue said of Crowder’s early-season struggles. “Getting rhythm shots and then start off the season and he’s starting and then coming off the bench and playing with new guys. Now he’s starting again so it’s going to take him some time. We know he can make shots so we’re not worried about that. Just want him to take shots when they are there.”

As for Frye, the news that he will get an opportunity in the Cavs rotation will surely be a welcomed challenge. During the preseason, Frye had been notified by Lue that he would see reduced minutes as a result of the team’s many offseason additions. While Frye took the news like a consummate professional, there’s no doubt that he’ll cherish the opportunity to help his team out of its current rut.

The Thompson injury is an undeniable blow to the Cavs. Lue, however, doesn’t seem to be panicking just yet.

“We’re getting good shots, shots that guys make and just not making shots right now,” Lue said. “It can be part of conditioning also when you get tired. We’re getting good looks, we just have to start making them and I think we will.”

While Thompson won’t be seeing the court for quite some time, the Cavs’ season will continue on regardless. Crowder will return the starting five on Friday night when the Cavaliers travel to Washington D.C. to face off against the 4-3 Washington Wizards.