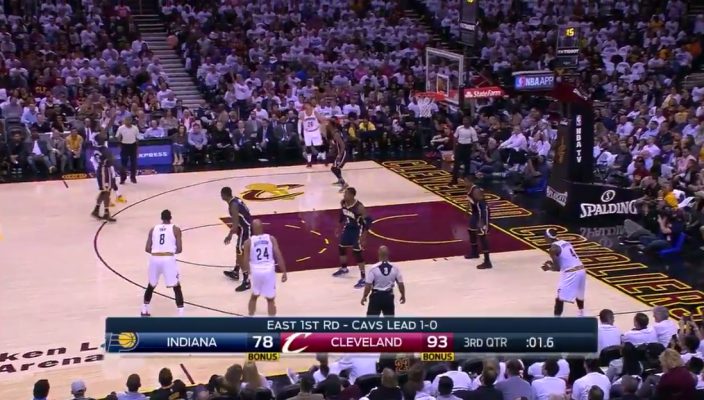 The Cleveland Cavaliers are currently looking to notch win number two against the Indiana Pacers in the first round of their best-of-seven series.

Thus far, point guard Kyrie Irving is leading the way as he has 33 points, two rebounds, and two assists as of this writing.

Watch as the All-Star point guard knocks down a triple at the end of the third quarter and proceeds to talk trash to opposing Pacers guard Lance Stephenson.