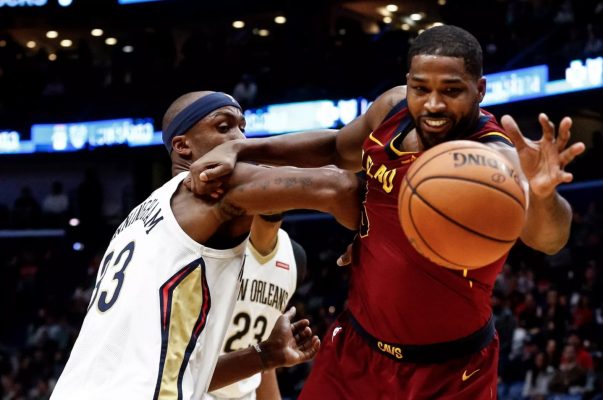 Cleveland Cavaliers center Tristan Thompson went down with a non-contact injury against the Indiana Pacers on Wednesday. He will not return to the game.

The Cavs called the injury a left calf strain shortly after Thompson exited the game with 1:41 remaining in the first half.

The Cavs say Tristan Thompson suffered a left calf strain and will not return tonight.

Thompson’s injury took place when the six-year pro made a basket and turned to run down the court. He stopped in his tracks, however, and clutched his left leg. Thompson had two points, seven rebounds, and one block in the game.

Jae Crowder started the second half in Thompson’s relief as the Cavs look to end their three-game skid by defeating the 4-3 Pacers.