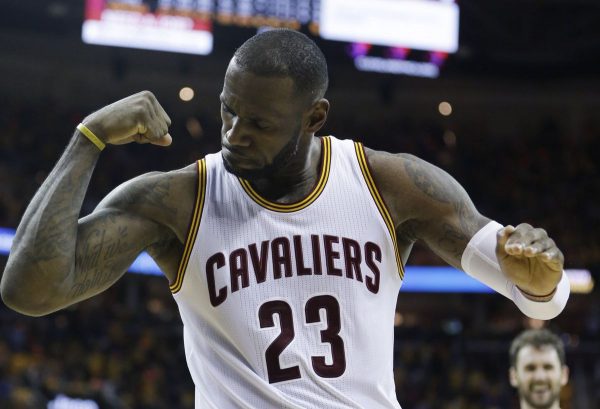 On Wednesday, NBA.com’s John Schuhmann revealed the results of the NBA’s annual general manager survey which seeks to predict how the 2017-18 NBA season will unfold. In this year’s survey, LeBron James received a whopping 50 percent of the GM vote for Most Valuable Player.

This marks the sixth year in a row that GMs have pegged James as the preseason favorite to win MVP. Last season James took 47 percent of the vote. Following James on this year’s list was Kevin Durant at 29 percent, Kawhi Leonard at 11 percent, James Harden at seven percent, and Stephen Curry at four percent.

Along with being the preseason MVP favorite, James was also voted the player that forces opposing coaches to make the most adjustments, best small forward, best passer, and most versatile in the league.

Despite the predictions of James’ success this season, the Cleveland Cavaliers were only picked to win the NBA Finals by seven percent of the voters, with the Golden State Warriors taking the remaining 93 percent. While James would surely love to win his fifth career NBA MVP this season, he seems much more focused on bringing another NBA title to the Cavaliers.